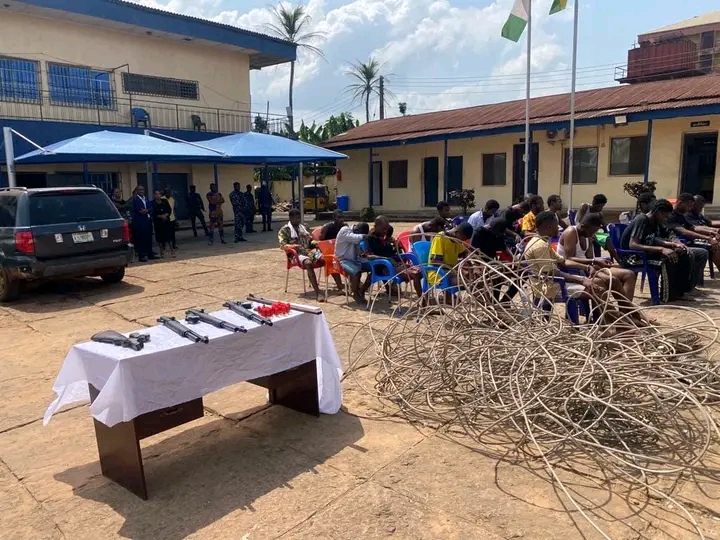 In the aftermath of a criminal attack on military personnel on patrol at Isuofia, Aguata Local Government Area, the State Police Command recovered a Venza Jeep, with registration number, KRD 344 BT Lagos, which was used by the criminals as it made effort to flee from the scene of the attack in which the military had earlier killed four attackers.

The vehicle was earlier snatched at gunpoint on 20th October at Igbo-Ukwu, from a family journeying from Imo state.

Two Walkie Talkies were also recovered from the criminals.

The Ogidi Police Division of the State Police Command also busted a kidnapping and car-snatching gang and arrested a male suspect Nwozor Chukwuka, aged 38 while another accomplice, Mr. Ifeanyi Mgboma from Nteje but resides at Umuoji is still at large.

A visit to the workshop of the gang at Awkuzu, Oyi Local Government Area, also saw the recovery of victims’ items such as GSM phones, and plate numbers, and the arrest of other suspects.

Similarly, on 7th November a Toyota Corolla Car with Registration number ABJ 541 DU ash color, snatched from Mr. Ofoegbu Benard amongst other belongings around Enugu-Onitsha Expressway by Nkpor-Down flyover by six armed men was also recovered by the police in a Hotel at Awada and two suspects: Success Asiegbu and Chiemerie Okeke were arrested.

The command also arrested Mr. Ekenedilichukwu Okeke, twenty years, a stepson of Mrs. Theresa Okeke, fifty-four years, an Accountant with Nigerian Population Commission, who was murdered by her stepson together with his accomplice friends; Peter Jideofor and Chukwumeka Christopher in their bid to transfer the sum of one million Naira from her account, as the prime suspect initially claimed they were attacked by armed robbers who stormed their residence at Umuzocha Awka.

A two-man gang, Messers Samuel Obumneme, and Malachi Chinedu were also arrested for the murder of an INEC staff, Mr. Osita Duruoha who was driving a shuttle bus, in a bid to snatch the shuttle bus and sell, as they pretended to be passengers before committing their evil act.

Mr. Echeng reiterated the state Police Command’s drive to ruthlessly deal with criminals and urged members of the public to always furnish the police with information, which will be treated with utmost decorum in other to effectively fight crime while protecting lives and property.
(ABS)