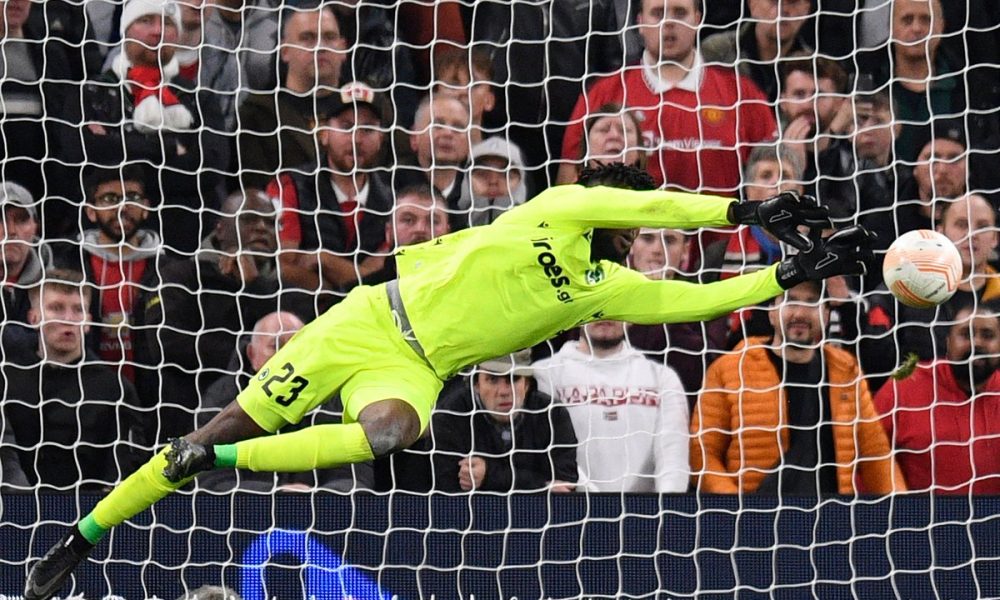 Nigeria International, Francis Uzoho put up a stellar display in his team’s loss against Manchester United in the Europa League.

United dominated and had numerous excellent scoring chances to score but were left frustrated by the Super Eagles Goalkeeper, Uzoho With 11 of United’s 12 shots on goal blocked, Omonia goalkeeper Uzoho was unquestionably the visitors’ best player. Uzoho was selected for that night after Omonia Nicosia’s top pick, Fabiano, was injured. Naija News recalls the previous meetings in Cyprus, Fabiano was impressive. United had eight shots on goal, but only three goals were scored, with many excellent chances wasted. In Old Trafford l, Uzoho stretched out to block Marcus Rashford’s goal-bound curler early in the first half, sending it out for a corner.

At the halfway point, Uzoho again denied Rashford, this time one-on-one, and deflected another English shot around the post. Before Fred headed over the crossbar from an open position in the box in the first half, Casemiro, who started in midfield alongside Fred, also hit the crossbar. McTominay who was introduced few minutes to the end of the match, fired a wild shot into the stands before he regained his composure to score the game’s winning goal in front of a jubilant Old Trafford crowd. With a win, United’s chances of winning the group remain realistic. On October 27, they host Sheriff Tiraspol in their next game.