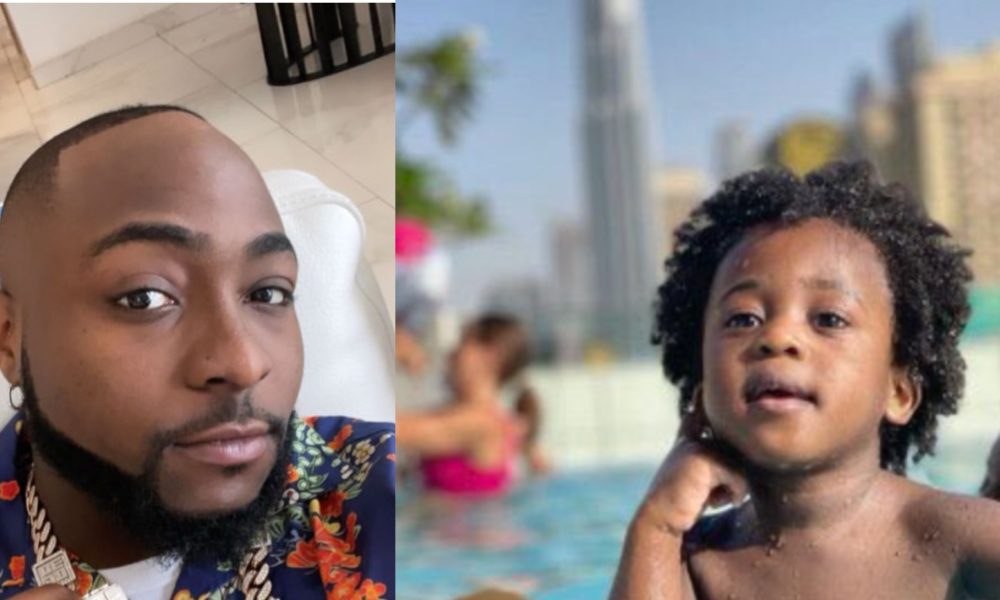 A video of popular Nigerian singer, Davido teaching his first son, Ifeanyi, how to swim days before his tragic death on Monday night has surfaced on social media.

Naija News recalls that the son of Davido, Ifeanyi Adeleke reportedly died after drowning in a swimming pool at the family’s residence in Lagos, according to a family source.

“The boy was inside water for too long and they pulled him out and rushed him to the hospital,” the family source said. By the time they rushed him to Lagoon Hospital it was already too late.”

In videos that have surfaced on social media, the singer was seen in the big pool in his mansion with Ifeanyi. Davido had carried little Ifeanyi into the pool and made him flap his legs in the water as he gave him instructions on what to do.

The video was shared on the singer’s Instagram page, just three days ago.

Ifeanyi, before his tragic death recently celebrated his third birthday on Thursday, October 20, 2022.

Davido had thrown a lavish birthday party on Sunday, for his son Ifeanyi which was attended by many Nigerian celebrities and friends.

The father of five also shared adorable moments from the party, and a beautiful family portrait.