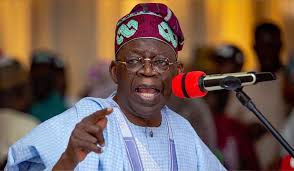 Following what many analysts could describe as dirty politics, filled with muckraking and mudslinging, and verbal war, the presidential candidate of the ruling All Progressives Congress APC, Sen. Bola Tinubu has reacted to the surging name-calling and a series of allegations purportedly propagated by the opposition candidates ahead of the 2023 presidential election.

Tinubu cautioned the Labour Party presidential candidate, Mr. Peter Obi, and his counterpart, Atiku Abubakar of the People’s Democratic Party PDP, to desist from sponsoring canards against him.

The APC flag bearer, however, decried the fact that the duo wants to make this election cycle more about muckraking and mudslinging.

Bola Tinubu, has warned the Peoples Democratic Party and Labour Party to stop sponsoring fake news against him.

Tinubu said, “It is clear the opposition parties and purveyors of fake news have other negative ideas: they want to make this election cycle more about muckraking and mudslinging.

“We shall no longer allow the prevailing recklessness and utter disregard for professional judgment to continue unchallenged.”
Credit:Lindaikeji blog.