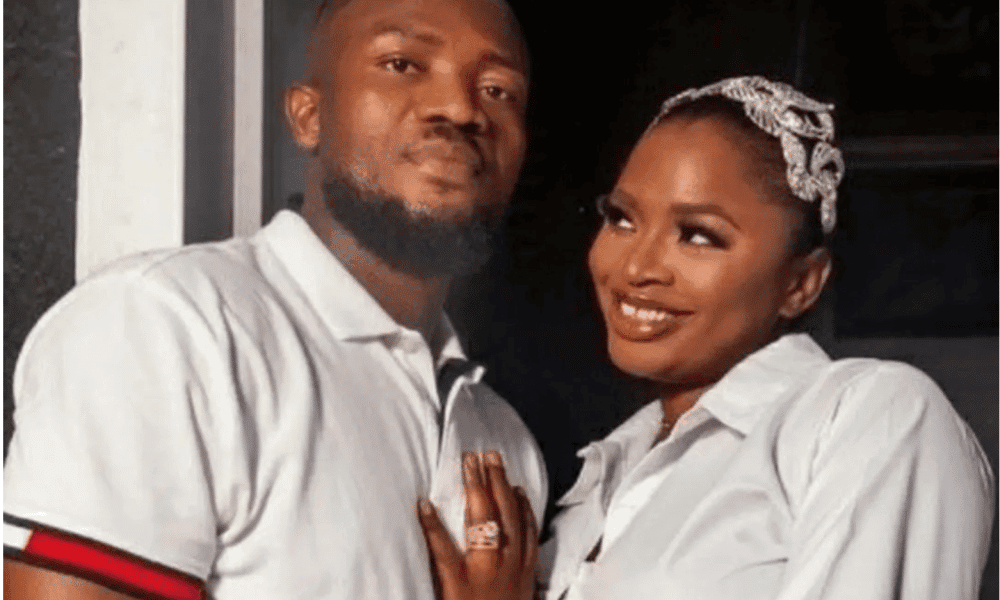 Naija News reports that Bimbo’s death was announced by her sister in an Instagram post on Saturday, October 15, 2022. The couple made headlines earlier this week when Bimbo and her husband got into a scuffle and she reportedly set herself ablaze in the process at their home in Lekki, Lagos. She was rushed to the hospital while her husband who sustained minor injuries absconded. Bimbo was in the Intensive Care Unit of a Lagos hospital for some days but unfortunately gave up the ghost on Saturday morning. Gist making the rounds online alleged that Bimbo has been suffering domestic violence from her husband for 2022 years of their marriage. Her sister who announced her demise wrote: “My hands are shaking Bimbo is gone. Bimbo is gone- My sister is gone. The fire is burning me Haaaaaaa. IVD you killed my only sister. Abimbola IVD killed my sister, IVD killed my sister, IVD killed my sister”. This sad news generated reactions from many Nigerian celebrities who seemed to know the deceased. _mmesomachukwu wrote: “It’s so sad that Bimbo left this way! Bimbo you had choices! You chose to leave in a body bag! Why!!!!!!!!!! Kai! Those beautiful kids! You should have considered them! This one hurt me cos I followed this woman! She showed all signs of instability, hurt and betrayal! Anger is bad! She allowed those anger consume her! God please! Have mercy” mo_bimpe wrote: “This really hurts” royalhugs wrote: “Bimbooooo why  this pain is so painful, I feel soooooooo Numb right now. My tired is so tired. I don’t understand life sometimes, I am Fed up, I am scared, I am confused, like are somethings worth it? To say this is sad is an understatement.” @olayinkasolomon01 wrote: “Haaaaaa pls marriage is not a do or die thing…Always walk out in peace” @queenmercyatang wrote: “Marriage is not a do or die. Leave to stay alive please” @daddy freeze wrote: “What bad marriage cannot do does not exist. Leave to live! RIP to the lady” @biolabayo1 wrote: “Did I just read that she set herself ablaze? Oh my God! I’m shaking writing this I wish she had left the marriage long before now” @bestdressednigerians wrote: “The church and other religious leaders need to stop preaching so much against DIVORCE, it’s a better option than death” @tutugel wrote: “Your sister set herself ablaze and died as a result. Why did she do this to her children? I just can’t stop wondering what her thought process was when she entered that argument with her husband. Was the best way to get back at your husband setting yourself ablaze? Will a man that beats you to a stupor suddenly show concern because you set yourself ablaze? Women, let’s learn to do better, please.” @diiadem wrote: “This thing called marriage !!!!! Leave while you still can !!! I lost my cousin two weeks ago due to domestic violence !!! Leave for the sake of your child/children leave please”