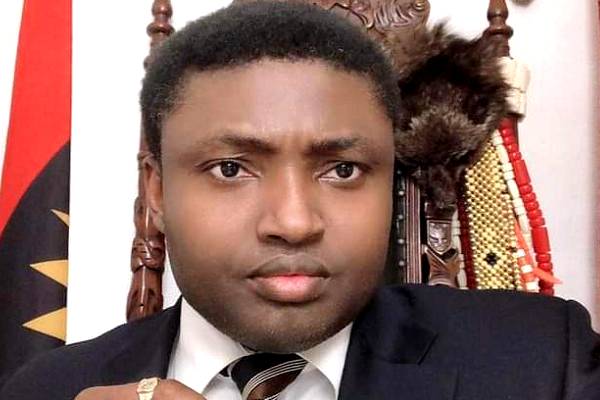 Simon Ekpa, the self-acclaimed disciple of Indigenous People of Biafra (IPOB) leader Nnamdi Kanu has ended the five-day sit-at-home order in the South-East area of Nigeria.

Ekpa declared the completion of the five-day sit-at-home order in a video uploaded to YouTube on Wednesday night, calling it “historic and successful” for Biafraland.

Ekpa further declared in the video that the South-East area will not host the 2023 elections, citing it as a “sacrifice” that the people of Biafra must make.

He stated that “ending Nigeria” must be accomplished by 2023.

“I want every Biafran to watch this broadcast and share widely. Don’t miss it…Follow enterbiafra.com to know How IPOB activities delay the Fulanisation of Nigeria.

Meanwhile, Nigerians in the diaspora are signing a petition urging the Finland government, the Nigerian government, and the European Union to arrest Simon Ekpa, the person responsible for the five-day sit-at-home order that recently resulted in the deaths of numerous South-East citizens.

This is a sequel to the suspension of the official Facebook and Twitter pages of Simon Ekpa, the self-acclaimed Biafran Spokesperson.