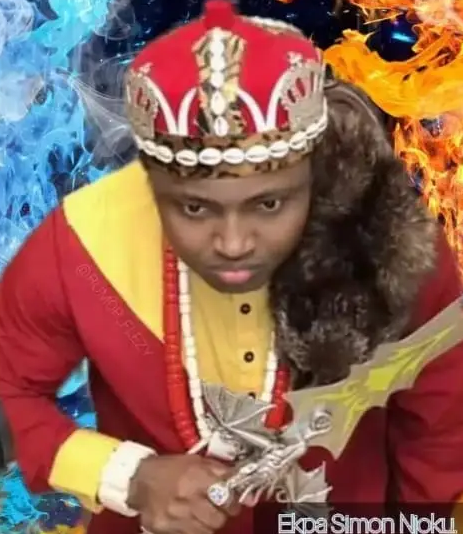 Press Release From The Office Of The Biafran Spokesperson Of The Indigenous People Of Biafra [IPOB], 07/12/2022.

Our attention has been drawn to a recent publication by “Sahara Reporters”, of an allegation against IPOB. To be fair, it is common knowledge that IPOB is well organised and has a very discipined security outfit -ESN. It was claimed that the Eastern Security Network, ESN, allegedly went to Orlu Local Government Area of Imo State and attempted to burn down the INEC building situated in the said Area, with locally made explosives, and were repelled by the Nigerian state sponsored Fulani terrorists, in police uniforms. The word “repelled” is improperly and recklessly used here because have the Nigerian military the capability to do as claimed? The answer is No! They can intimidate, harass and victimise women, the elderly and defenceless population, unfortunately though.

On the whole, we are not moved an inch by fruitless the government’s propagandising publications aimed at distracting and denting the solemn image of IPOB and ESN, but at this point we deem it fit to comment so as to possibly reset the view and mindset of those who must have read the Sahara Reporters publication casting aspersions on our gallant men and women on ground defending our bushes against the state-sponsored Fulani invaders.

Pay attention to the following clarifications:

It would be recalled that the Fulani terrorists disgusing as cattle herders killed our farmers, maimed and raped our mothers and daughters, destroyed farm crops and occupied our bushes making it impossible for farming to thrive while rendering every aspect of our agriculture useless, thereby triggering unwarranted starvation in our land;

The Nigerian Government may have instructed its badly compromised military and DSS to burn down INEC Offices in Biafraland, and then turn around to accuse ESN of the very crime it planned and executed. The same way state actors (army, police and DSS) assassinated Ahmed Gullak in Biafra land. Equally disturbing was that they masterminded a jail-break in Imo state and set inmates free during the #ENDSARS protests, only to turn around, again, and accused IPOB for the crimes it knew nothing about. This government and its allies have no conscience, and so no shame whatsoever! Of a truth, we have painstakingly studied the way they operate. Sometimes, they tend to slightly alter their evil algorithms, while largely maintaining their basic templates.

Much as we are and remain genuine Biafra freedom fighters and liberators, we do not expect any support from the Nigerian media outlets. It has to be categorically stated that no form of propaganda could negatively impact our resolve and way of doing things so as to liberate our Nation and the African continent, by extension. Our enemies are universally numerous but our determination for freedom will bring all the works of our enemies to naught. This truth they know very well, so stop embarking on dead-end mission. However, the choice is yours as the regret is, too.

The public should disregard any media publication that links our GALLANT Eastern Security Network men and women to any criminal activities in Biafraland and the British zoo (Nigeria) in general.

We do not and would not engage in criminalities. Our goal is absolute freedom for Biafra in 2023, and we are very determined to achieve it come what may; and

Once again, the scheduled Sit-At-Home Order will take place on the following dates:

THE ABOVE DATES ARE TO BE OBSERVED WITH ABSOLUTE SIT-AT-HOME ORDER COMPLIANCE, TO AVOID “THE NIGERIAN STATE HAPPENING TO YOU”. So, to be “foreinformed is to be foreprepared”.

Please, do not allow anybody to mislead you. Spread this Gospel of Truth and obey the order so you do not become a victim of circumstance. Aluta Continua…!

-The Spokesperson For Biafra.