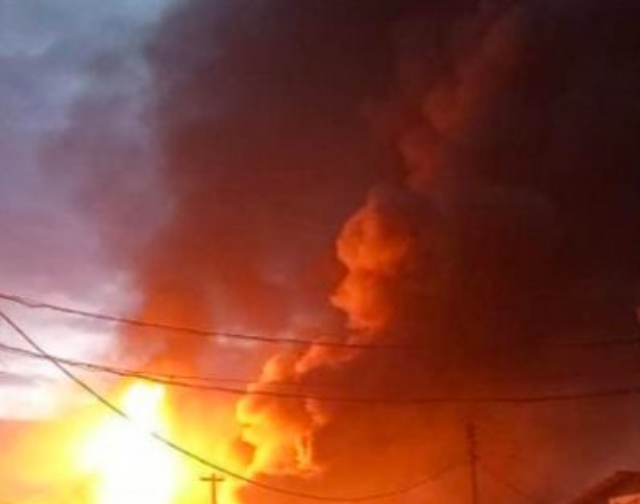 A warehouse on Idumagbo Avenue, in Obun Eko area of Lagos Island, Lagos State was today, razed by fire.

The Director, Lagos State Fire aof and Rescue Service, Margaret Adeseye, confirmed the incident in a statement on Monday.

She stated that the agency would commence an investigation into the cause of the incident, adding that no death or injury had been recorded in the incident.

“The agency, which was alerted at 12:31 pm on Monday, mobilized the Ebutmobilizedand Oniru fire stations to stop the raging fire at the three story-penthouse building.

“The fire which happened at a warehouse on the third floor of the building which stocked towels, bedspread, tape rules among others, with a commercial bank on the ground floor.

“The Lagos firefighters being complemented by sister agencies have been able to subdue the fire to the third floor and the penthouse it had spread to while saving the bank and other floors as well as adjoining structures.

“There has been no reported case of injury nor death as an investigation into the cause will ensue immediately.”