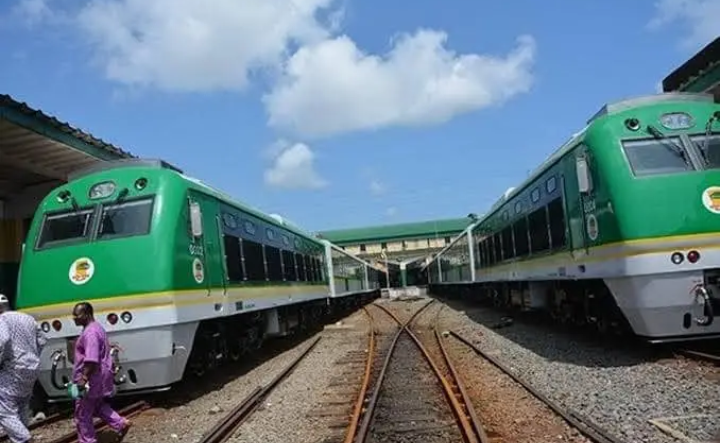 Many Abuja residents have disagreed with the Federal Government on the resumption of Abuja-Kaduna train operations with reasons that, from their checks, the government is not acting differently from the way it handled security which, in the first place, took many lives and left others with scarred hearts.

The Federal Government has earlier announced that the Abuja-Kaduna train services will resume soon.

Minister of Transportation, Mu’azu Sambo, announced this while giving the scorecard of his ministry in Abuja

This announcement is coming eight months after terrorists bombed the Kaduna-Abuja train corridor and kidnapped scores of passengers leading to the suspension of services.

Recall that terrorists attacked the Abuja-Kaduna train on March 28, 2022, kidnapping 168 passengers and killing eight others.

However, the release of the victims had been in batches since then, with the last 23 released in October.

Mixed reactions by Abuja residents have, meanwhile, trailed the announcement of the resumption of Abuja-Kaduna train services, particularly from individuals and families who were victims or had relatives that were victims of the March 2022 train attack.

Sambo’s words: “We shall resume that service this month. I told you we would only resume service after all the kidnapped passengers might have been released. By the grace of God and through the instrumentality of our security agencies under the leadership of President Muhammadu Buhari, that has been successfully done and we are going to resume operation on the Kaduna-Abuja rail route before the end of November 2022”.

It was gathered earlier that a timetable for the operation of the popular Abuja-Kaduna Train Services (AKTS) has reportedly been released, following the assurance that Security Measures have already been put in place to protect the entire stretch of the railway route.

What is, however, worrisome is the reality that many Nigerians have lately become lethargic, unwilling to take movements in public places as a result of the jitters which came on the heels of the recent terror alerts issued by the United States, US, and the United Kingdom (UK) among other countries in Abuja.

According to Vanguard, a civil servant, who preferred anonymity, expressed concerns over the safety of train passengers, asking if the government had drawn out feasible modalities to beef up security and ensure lives and properties are protected.

“Well, what the Federal Government has announced is good news. But, there are so many things aside from announcing that the Abuja-Kaduna train will begin operations very soon”, he said.

“The big question is, have they drawn out modalities, have they structured out measures, for which they can use in ensuring that the security architecture around that Abuja Kaduna train route is completely secured and that train passengers will not be attacked just the same way we have had it before? The big question is, has the government done what is needed in terms of strengthening the security of our train and its passengers?”

A businessman, Adamu Salihu, who resides in Jabi, Abuja, on his part, said the resumption of train operations is a welcomed development, advising the Federal Government on strict security measures to be put in place to avert any future attack by terrorists.

“When you check this train transportation, people are so cynical to board trains from any location to the other simply because of what happened. I’m talking about insecurity. But, with this new development, I think the government must have taken proactive measures that will help fight against insecurity”, Salihu said.

Source further gathered that another respondent, Amarachi Eze, a teacher, suggested that the Federal Government should double the security personnel responsible for securing areas covered by the train.

He further advised the government not to treat, with kid gloves the security alerts issued by the US among others, adding that the lives of citizens should be the topmost priority.

“I think the government should give more time before reopening the train service. This is because commuters will still be psychologically traumatized, not just those who were directly involved”, Eze stated.

“As an Abuja resident, I commend what our troops are doing. They’ve recorded pockets of success here and there, even though there are still security threats lingering in the capital territory. However, I wouldn’t suggest that caution be thrown to the wind.

“Government should look into recruiting and training more security agents because the current number is not enough to combat the terrorists roaming our nation. If we cannot be assured of safety within the territory, then there’s no guarantee on the trains plying the Abuja to Kaduna route”.