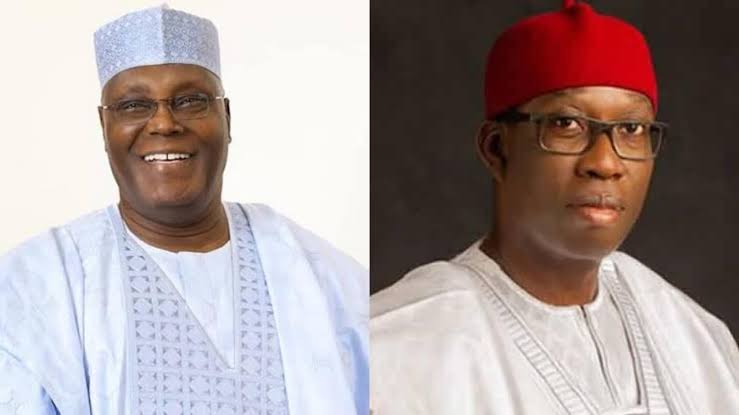 The Anambra State chapter of the Peoples Democratic Party (PDP) has come out to say that the emergence of the party’s presidential candidate, Atiku Abubakar, as president in the 2023 general election is a move to bring Igbos to the corridors of power.

According to the Anambra state PDP, the Atiku-Okowa’s presidential ambition is the Igbo man’s surest bet to power, as well as restructuring of the country. Naija News reports that the Director General, of the PDP’s newly inaugurated Presidential Campaign Council (PCC) in the state, Prof. Obiora Okonkwo, said the Anambra PDP members should not allow sentiments or emotional attachment to draw them too close to the state’s former governor, Peter Obi, who is the presidential hopeful for the Labour Party (LP). Okonkwo, who noted that Obi’s presidential quest will not sell because it lacked a strong alliance, told members in the state shortly after the inauguration of the PCC that it is only Atiku’s presidential ambition that has the tendency for an Igbo man to come closer to the corridors of power where major decisions are taken. He advanced that Atiku has always had a burning desire to bond with an Igbo man throughout his political sojourn, noting that his decision to identify with the Atiku-Okowa’s presidency is because he does not see any problem with a Fulani man who has solutions to the country’s problem succeeding another Fulani as president in 2023. Naija News understand that similarly, the party’s Anambra PCC chairman, Ben Obi, also pointed out that the Atiku-Okowa’s presidential quest is not difficult to market, because it is the surest way for the Igbos to smell power. Obi, who described the vice presidential candidate for the PDP, Ifeanyi Okowa as the Igbo man’s next-door neighbour, explained that his choice as Atiku’s running mate meets the demand of the Ohanaeze to witness the emergence of an Igboman at Aso Rock in 2023. He, therefore, appealed to the PCC members to go all out to sell the Atiku-Okowa vision to all wards and polling units of the state to ensure victory in 2023. The Anambra PDP campaign council chairman also told party members in the state to focus on delivering Atiku as Nigeria’s next president, and ignore all the threats posed by Obi, and his counterpart in the All Progressives Grand Alliance (APGA), Justice Peter Umeadi.