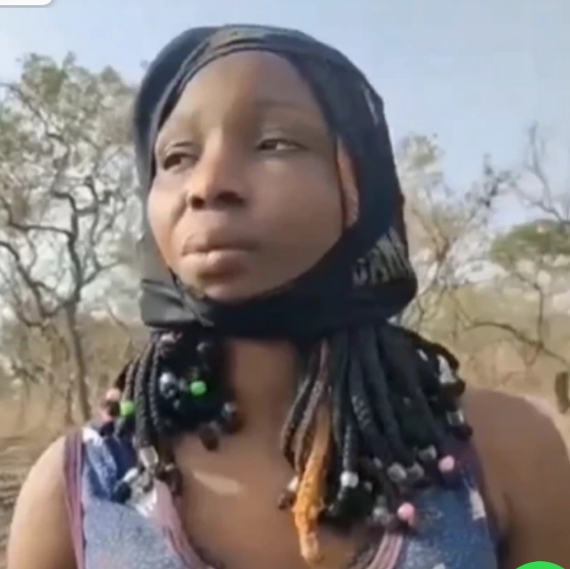 A 22-year-old female suspected terrorist has confessed to carrying out attacks and killings for her group.

The lady who showed no remorse when being questioned, gave out names of her superiors who did send her among others out for the attacks.

According to the video in circulation, she further revealed that she doesn’t know the “crime” the monarch they recently attacked committed against her group.

Meanwhile, the lady who confessed to killing five people so far also led security operatives to the graves where they were buried.

Consequent to the development, a series of questions have been raised by concerned Nigerians, on how the security agencies especially the army carry out their duties across certain geopolitical zones.

Some of the public affairs commentators have used the medium to redirect the attention of the security agents to some critical zones in the country where banditry, kidnapping, and terrorism are the order of the day.

Although the observers don’t support vices in their views, they have, however, tasked the security agents to carry out a thorough investigation into the recent arrest of a lady who is said to have been allegedly carrying out attacks for a certain group.