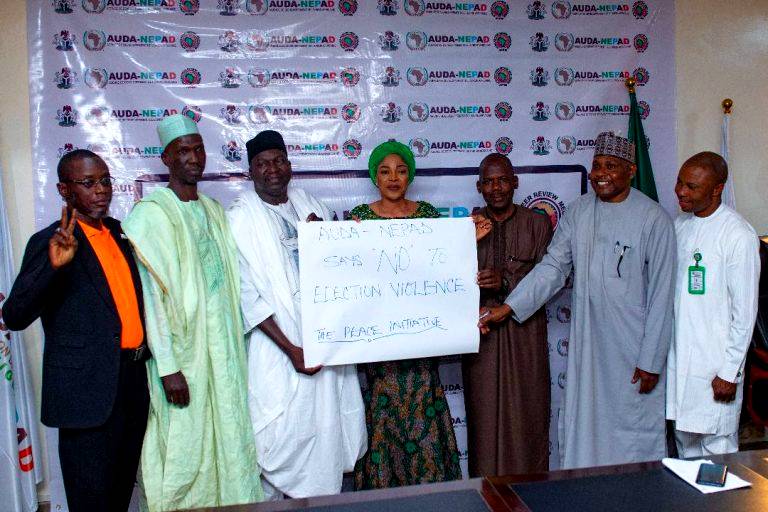 AHEAD of the 2023 general election in Nigeria, African Union Development Agency, AUDA-NEPAD, has said the continental body wants the upcoming polls to be violence-free.

The National Coordinator/Chief Executive Officer of AUDA-NEPAD, said this in Abuja, the nation’s capital, yesterday while interacting with journalists,

According to her, the agency had begun the implementation of a national action plan for violence-free elections across the six political zones.

She said, “Buhari has promised a free election we should all support him. We have no other country except Nigeria.

“Do not allow personal interest or quest for whatever that won’t support the peace of this country to come to play during the 2023 election.

“Therefore, we need to join hands together to campaign for violent-free elections.”

AKOBUNDU added that the agency expects that the media would act professionally to avert breach of peace through their reportage before, during, and after next year’s general election

Consequently, she admonished journalists to report the truth concerning the elections.

The AUDA-NEPAD boss also observed that as part of the organization’s mandate, it would support the president’s vision of pulling 100 million poor Nigerians out of poverty in 10 years.

She, however, said limited resources, especially funding has been a serious challenge as more Nigerians continue to fall below the poverty line.
(Vanguard).