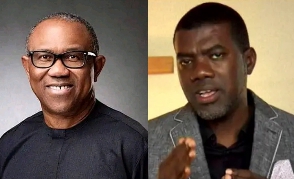 Omokri, a staunch critic of both Tinubu and Obi, however, said he is only against the former Lagos state governor over drug allegations against him.

He said Tinubu fared better in political leadership than his contenders contesting the highest political seat through general elections in 2023.

Former Vice President, Atiku Abubakar, the presidential candidate of the Peoples Democratic Party (PDP) who Omokri supports has been a politician since the 1990s.

Omokri went further to say that the APC National Leader has a better performance record than Obi.

All these were made known in a tweet by Omokri on Friday adding that Tinubu has the capacity to listen to his subordinates.

Omokri tweeted: “Tinubu is not a bad leader. He is actually a better leader than most Nigerian politicians. He has the capacity to listen to subordinates.

He also has a much better performance record than Obi.

Omokri, however, stated unprintable words as to why heTinubu’snubu aspiration to become president of Nigeria.