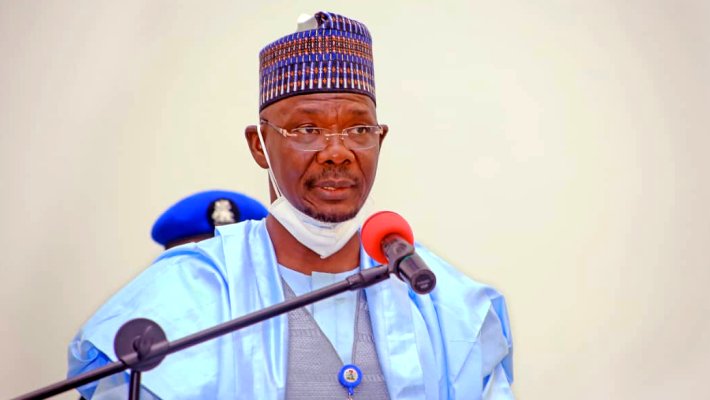 Governor Abdullahi Sule of Nassarawa state said with the criticisms of the presidential candidate of the Labour Party, Peter Obi by the incumbent Governor Charles Soludo, Obi has been devalued to less than 10 kobo.

Sule made this assertion while speaking in an interview with Channels Television’s Politics Today on Wednesday.

He said, “So if you go to Anambra, look at the hat governor of Anambra (is saying). They were at the same party. It’s not that they changed parties. It’s Peter Obi that changed parties but it’s the same All Progressives Grand Alliance (APGA).

“So, if you go and see what he is saying today about Peter Obi, you will not buy Peter Obi for 10 kobo.”

The Nasarawa governor had earlier said he does not know any Labour Party, LP candidate for the 2023 general elections in the state.

He said, “Today in Nassarawa state you can go and check, who is the Labour Party candidate in Nassarawa state? I’m not saying it with disrespect, you will not see him anywhere. I don’t even know his name. This is the party that is winning the election.

“Social media election is quite different from the practical election. Talking about gathering, are you going to compare that with what has happened in Lagos, Kano?. I was in Kano together with Asiwaju it took us five hours.

“Labour Party had their flag-off in my state, in Lafia, the state capital, we gave them a venue. The venue was a secondary school football field because we didn’t have the stadium ready. We didn’t have the other center ready. There was nobody there. It was not full. Not even 50 percent of the venue was full. That’s the same party they say will win the election,” he added.
It could be recalled that the Governor of Anambra State, Prof Charles Chukwuma Soludo recently came hard on the Labour Party Presidential candidate, Mr. Peter Obi, describing his ambition as a wide goose chase.

Although, Prof Soludo claimed to be entitled to his views on Mr. Obi, whom he equally called a brother, the supporters of the Labour Party flag bearer, known as the ObiDients have reacted to the statement of Soludo, throwing tantrums from all angles.

Governor Soludo has remained undeterred by the heavy criticism over his political views of the LP’s presidential candidate, Mr. Obi.