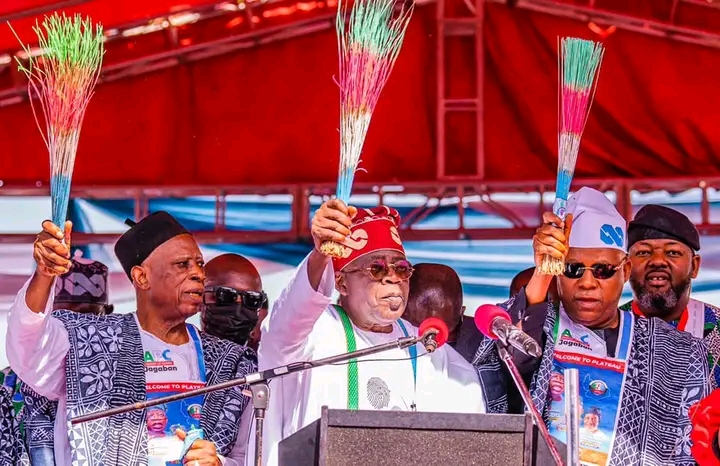 He said: “The country as of now actually needs Tinubu more than Asiwaju needs Nigerians and that is reflected in the kind of support that we are receiving in all the states we have visited.”

On why Asiwaju Tinubu hasn’t been campaigning with President Buhari’s administration, he said,” Asiwaju is not running away from it. I have said that several times.

“Buhari has spent seven and half years and I make bold to say, boldly here, that he has done very well.

“Forget about whatever anybody is saying, this President Muhammadu Buhari has performed and we are proud to say it and we are going to build on the successes of this particular government.

“Asiwaju will do that and he will correct wherever there is mistake. Buhari is human being after all, there will be mistakes.

Onilu also canvassed for the re-election of Governor AbdulRazaq who he said has performed exemplary well in the area of governance, citing provision of water to Igbaja community that hasn’t had water for 21 years before the advent of the present administration.

In his remark, Zubair: “My office SSA Community Intervention has also given out 100 tricycles in Kwara. Those people we gave tricycles to will finish their repayment by February next year.

“Making of 18 months. To the glory of God, this particular office aantracted a N160 million community intervention grant from the Aliko Dangote Foundation, which was given to 16,000 women across Kwara State.

The submission of Onilu has continued to generate mixed reactions from Nigerians in the diaspora.