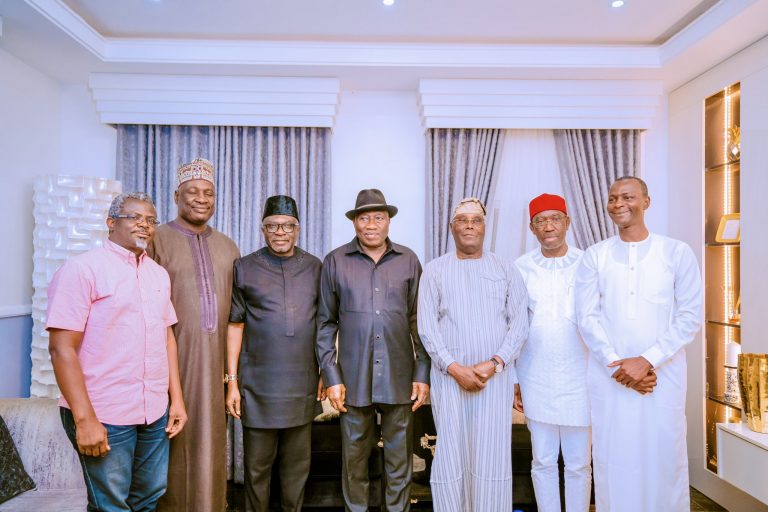 The task ahead of the People’s Democratic Party PDP might have doubled due to critical issues distracting their National Affairs toward the 2023 general election.

In a bid to regain the party’s national stance, the presidential candidate of the Peoples Democratic Party, Atiku Abubakar, and his running mate, Ifeanyi Okowa, met with former President Goodluck Jonathan, Thursday night.

While sharing photos from the event, Okowa stated that the conversation with Jonathan focused on how to reclaim power from the ruling All Progressives Congress in the 2023 elections.

“Last night, alongside our Presidential Candidate, Alhaji @Atiku Abubakar, we had a great meeting with our former President, H.E. @GEJonathan. There, we discussed our plans to #RecoverNigeria with His Excellency,” Okowa wrote.

Punch, however, gathered that Atiku also announced the visitation. “Last night, I led a delegation alongside my vice-presidential candidate, Dr. Ifeanyi Okowa, on a courtesy visit to former President Goodluck Jonathan at his residence in Abuja. -AA,” he wrote on his Facebook page on Friday.
(Punch).