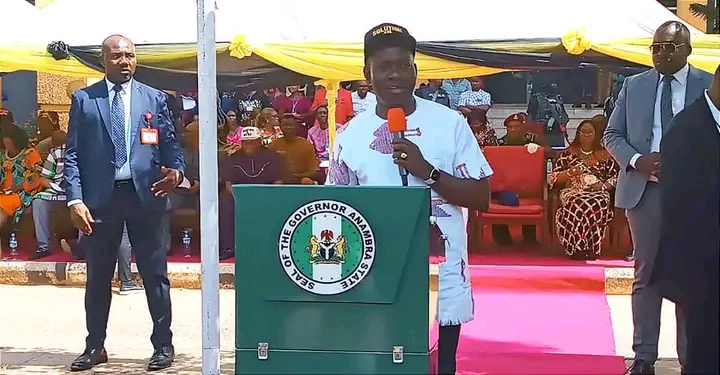 The Governor dropped the hint during this year’s Public Service Day Celebration at the Jerome Udorji Secretariat Complex, Awka.

With the pronouncement, each worker in the state is entitled to fifteen thousand naira (15,000) for Christmas celebration, assuring that wages will be increased across the board by ten percent for all civil servants.

The venue of the event reverberated with excitement as workers from various ministries, departments, and agencies of the Anambra State Civil Service, leaped with joy.

Governor Soludo urged them, however, not to relent on their hard work, while assuring all workers of prioritizing their welfare.

The Governor stated that his administration will continue to push with its five pillars of development, wondering how workers cope though the income is not increasing, despite the daunting challenges.

Secretary to the State Government, Prof. Solo Chukwulobelu, Head of Service, Barrister Theodora Igwegbe, National President of ASATU, Barrister Titus Akpudo, among others, attended the event which featured an award presentation to some civil servants.