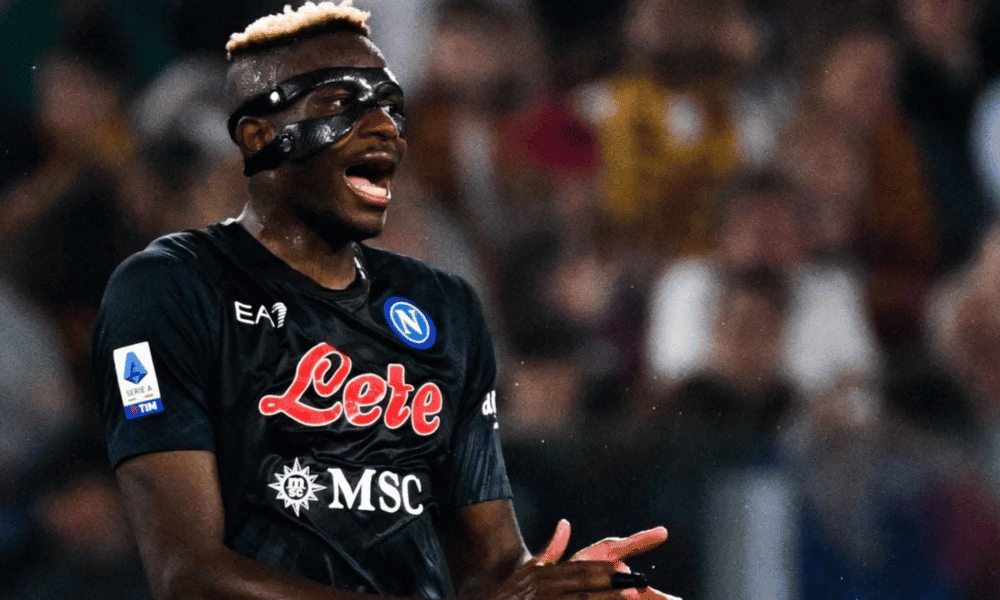 Nigerian International, Victor Osimhen has declared that Napoli Manager Luciano Spalletti is one of the reasons for his stellar performance thus far.

In Saturday’s 4-0 home victory over Sassuolo, the 23-year-old scored his first hat-trick for the club and has big-hearted words for his Italian boss. The Nigerian international put on another commanding performance at the Diego Armando Maradona Stadium, continuing his impressive scoring form for the Serie A giants. The Super Eagles Talisman who has scored six goals in his last four games has reclaimed his position as a key member of Luciano Spalletti’s team. The Nigerian might be considering leaving Italy, with several major clubs reportedly interested in the red-hot forward, but he hasn’t forgotten his manager’s contribution to his rise to prominence. However, the Super Eagles striker has lavished praise on the coach for his contribution to his growth this season. While speaking to DAZN, he said, “This season the coach (Spalletti) has given me as much confidence as I can get. I am really happy to rely on him giving me the maximum confidence. “I have just returned from five weeks out, which is not easy, and it is important to get really integrated with the team.” This season, Osimhen has scored eight goals in eight games for Napoli in the Domestic League.