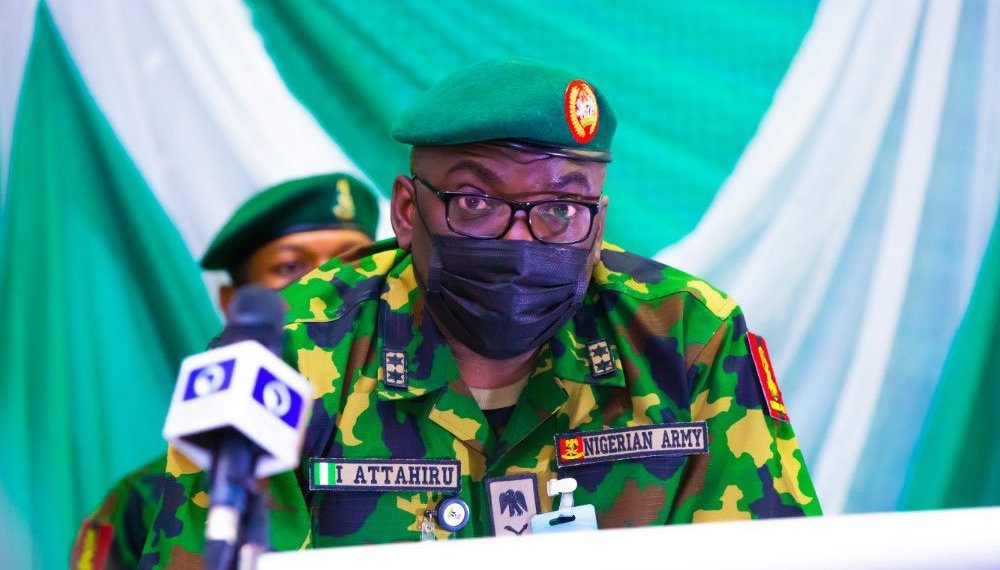 Details have emerged revealing why Mrs Fati Attahiru, wife of the late Chief of Army Staff, Lieutenant General Ibrahim Attahiru, and his family, boycotted the National Awards ceremony in Abuja on Tuesday.

It was gathered that the Muhammadu Buhari-led government failed to invite them to receive the national honours award on Attahiru’s behalf. Naija News reports that the late COAS was among the 13 persons listed to be honoured posthumously by the President. Recall that Attahiru died alongside 10 other senior military officers in the Nigerian Air Force’s Beechcraft aircraft fatal crash in Kaduna on May 21, 2021. According to sources, neither Attahiru’s widow nor any member of his family got an invitation or an official notification to attend the ceremony for such an honour. A family source told The PUNCH, “Up till this moment (Tuesday), the wife of the late Chief of Army Staff, Lieutenant General Attahiru, was yet to receive an invitation for the award ceremony or any official notification that her husband would be conferred with a posthumous honour. “The family only got to know about him being on the awardees list through social media. That was why she or any member of the family didn’t show up at the event. We, however, appreciate the President for considering the late Attahiru worthy of an honour as revered as this.”