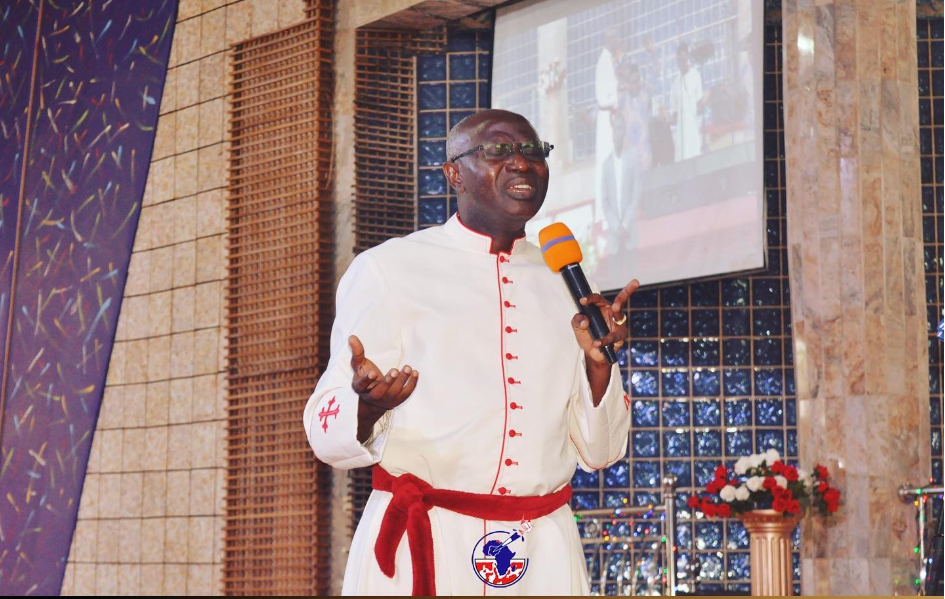 A Kaduna State-based Christian preacher, Apostle Emmanuel Nuhu Kure has said that something spectacular will happen in November that will raise eyebrows concerning the forthcoming 2023 general elections.

The cleric said God has not revealed to him yet who will succeed President Muhammadu Buhari in 2023, but that he has seen that there will be some swings in November which will show clearly to Nigerians who the next leader should be. Naija News understands that the Vision Pioneer, Throne Room Trust Ministry (TTM) said this over the weekend at the close of the 18th International Prophetic Prayer Conference, held at the permanent site of TTM Sanctuary in Kafanchan, the headquarters of Jema’a local government area of Kaduna State. Apostle Kure, however, urged the Christian Association of Nigeria (CAN) to lead in uniting and directing Christendom towards making the right choices during the 2023 general elections. He said, “among all the leading contestants, God is yet to show me who will lead. But, what I have seen and heard is that, by November, God will shake the land and position the man to be our Messiah”. He reiterated that by November an event would turn around the country and expose the secrets of evil men before the February 2023 polls. Speaking on separatist groups calling for the country’s disintegration, Kure urged Nigerians to do away with the call because it would not in any way end the agitations of other minority groups, which might not be satisfied after the split. He, however, tasked Nigerians to recommit themselves to putting the judgement and word of God above their desire to serve as an example for others to emulate.