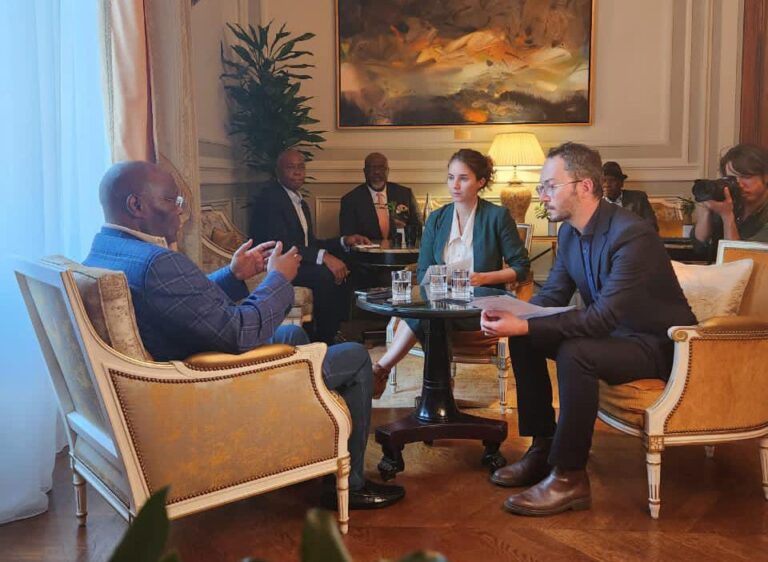 In a statement on Sunday signed by its Spokesperson, Kola Ologbondiyan, the organisation stated that the foreign engagements will yield dividends for the country. Ologbondiyan asserted that the meetings with United States officials would lead to unprecedented investment inflow, the revitalization of the productive sectors, and the massive creation of jobs for the youths. He further stated that Atiku’s current visit to the United States will further build policy thrusts that will fast-track economic recovery and enhance peaceful co-existence in Nigeria. Ologbondiyan expressed sadness that the gains recorded by Atiku as the Chairman of the Economic Council between 1999 to 2007 have since been eroded by the All Progressives Congress government. He said, “Atiku Abubakar’s visits are centred on engagements with policy influencers in the bid to engender international collaborative solutions to our national challenges including the economy and security which have been ruined by the All Progressives Congress (APC) administration. “Atiku Abubakar has also been vigorously engaging the Nigerian business community both at home and in the Diaspora in line with his strategic blueprint to stimulate investments, business and employment opportunities in critical areas including infrastructure, manufacturing, industrialization, agriculture, healthcare, telecommunications, housing, power, oil and gas, education, aviation, automobile, among others. “It is instructive to state that such engagements are geared towards setting a very firm policy framework that will boost youth-driven Small, Medium, and Large Enterprises in a manner to create a positive multiplier effect and rapid lift in the GDP. “Nigerians, especially the youths, appreciate Atiku Abubakar’s numerous conscious efforts to build very virile economic, political and social global relationships that will ease tension in our country and affect the lives of Nigerians in the most positive way. “Nigerians have not forgotten the roles played by Atiku Abubakar as the Chairman of the Economic Council between 1999 to 2007 during which our nation achieved unprecedented economic growth, debt relief, massive investments, and infrastructural developments to become one of the fastest growing economies in the world.“ Ologbondiyan said the former Vice President is on a mission to rescue the nation and bring a breath of fresh air to the people. He said the Muhammadu Buhari-led administration has turned the country into the poverty capital of the world and one of the most insecure nations to reside in.