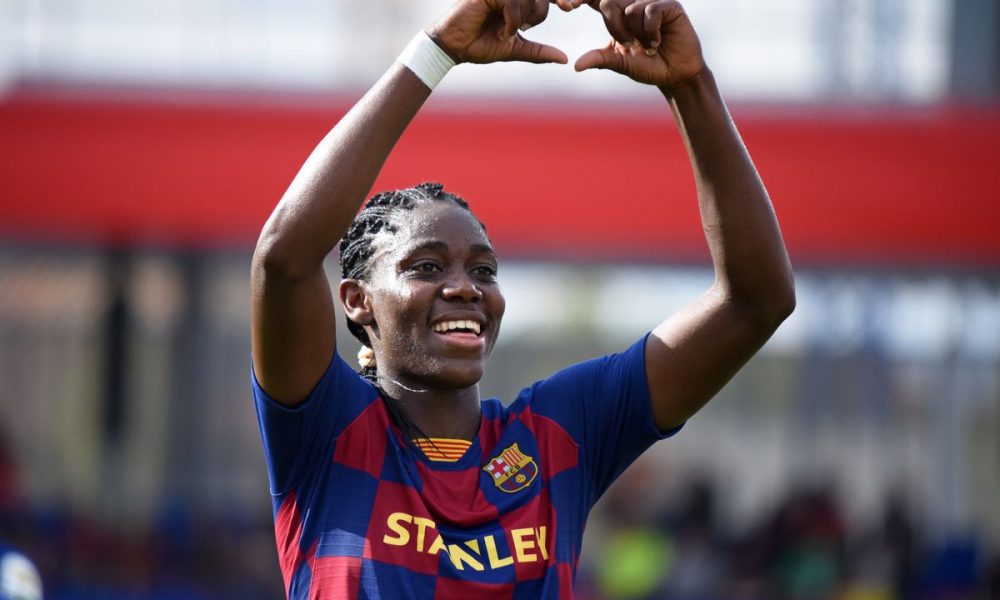 The most decorated female football player in Africa, Asisat Oshoala has expressed her excitement about competing against the best teams in the UEFA Women’s Champions League this year.

Naija News recalls that Barcelona Femeni lost to Olympique Lyonnais 3-1 in the competition’s final last year. Asisat scored the only goal as Barcelona lost 4-1 to the same opponent in the 2019 final match. After coming into the game in the 71st minute of Barcelona’s 4-0 victory over Chelsea, the 27-year-old became the first African woman to win the UEFA Women’s Champions League in 2021. The Blaugurana will compete in the group stage of this season’s competition against Benfica from Portugal, Rosengard of Sweden, and Bayern Munich. Speaking to reporters, she said “It’s a competition for champions. We are ready for the Championship. I will love to meet them again, “I love to play against PSG, Bayern, Benfica. We are ready,” she said.