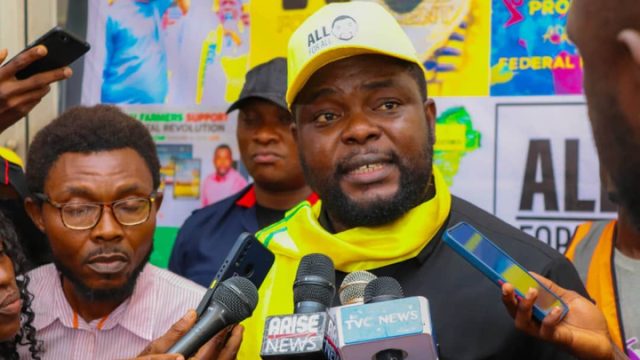 Accord Party presidential candidate, Professor Christopher Imumolen, has described his recent visits to two former heads of state, Abdulsalami Abubakar and Olusegun Obasanjo, as necessary to him as a young aspiring leader and not a charade

He said the visits were rather important to him because as a young aspiring leader aiming to govern a complex and multicultural country like Nigeria, he needs expert advice from the past leader. Imumolen, in a recent interview with pressmen in Abuja, said contrary to what a section of Nigerians thinks is a pointless effort, he thinks he can’t do without learning from these sages who had the opportunity to pilot the affairs of this country in the past. According to him, he rather sees the visits as a necessary exercise needed to upgrade his repertoire of knowledge concerning governance, particularly as it relates to Nigeria. “Some people have said that my recent visits to both Olusegun Obasanjo and Abdulsalami Abubakar were pointless, while others have even insinuated that it was a charade. But I want to say that the visits were neither pointless nor a charade as they have said. As a matter of fact, they were necessary,” he added He explained that his association with the country’s former rulers has proved beneficial to him despite how critical it has been viewed in some quarters, adding that a young leader like him shouldn’t only consult them, but also draw from their deep well of experience in governance over the years. The Accord party’s presidential hopeful pointed out that “they may not exactly have covered themselves in glory with the results we all got from their times at the helm, but they still are an institution, a veritable source from which we all can learn from to avoid the mistakes they made. Besides, since they are not my enemies because of the scorecards they came away with in government, it is perfectly normal for me to go and consult with them, and learn governance tips I can put to good use in future.” The whole idea for him he noted was to learn enough to do better when the chance finally comes for him to step into their shoes in Nigeria’s highest seat of power.