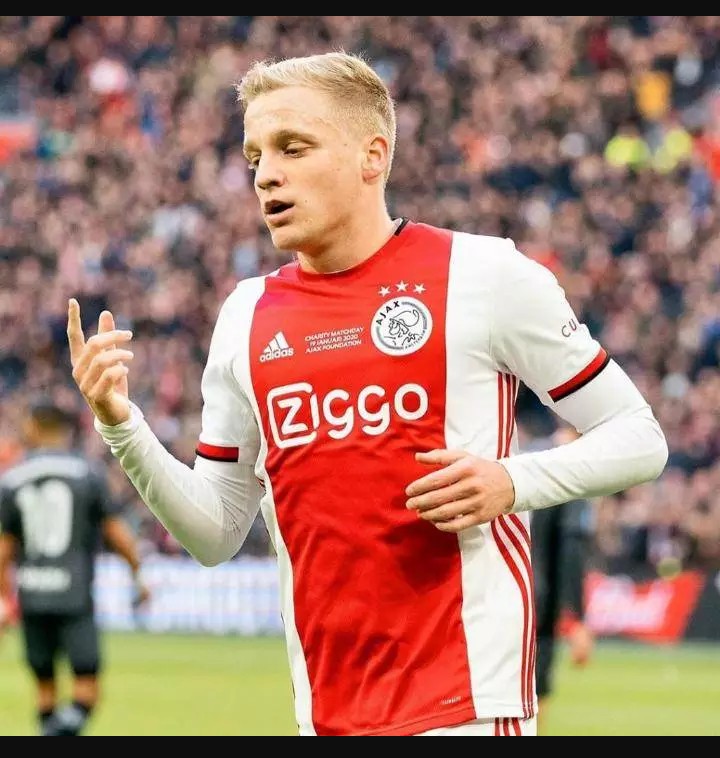 Manchester United are very active in the transfer market and the Red Devils are keen to bring in world-class players to massively improve the quality of their squad of next season. Manchester United have now completed the signing of Donny Van de Beek from Ajax as an official announcement has been made by the English giants.

Donny Van de Beek was a huge member of the Ajax side as he has been regarded as one of the best technically gifted goalscoring midfielders in Europe. It was his impressive performances for for Ajax in the league and Champions League that attracted Ole Gunnar Solskjaer to his unique skillset and the Netherland international will be hoping he will be able to replicate his high standards at Manchester United.

Donny Van de Beek has now signed a 5-Years contract with Manchester United until June 2025 and he will form a massive midfield combination with the likes of Bruno Fernandes and Paul Pogba from next season. His arrival to the club will now send a huge statement to other premier league rivals to show Manchester United’s ambitions to compete for trophies next season.