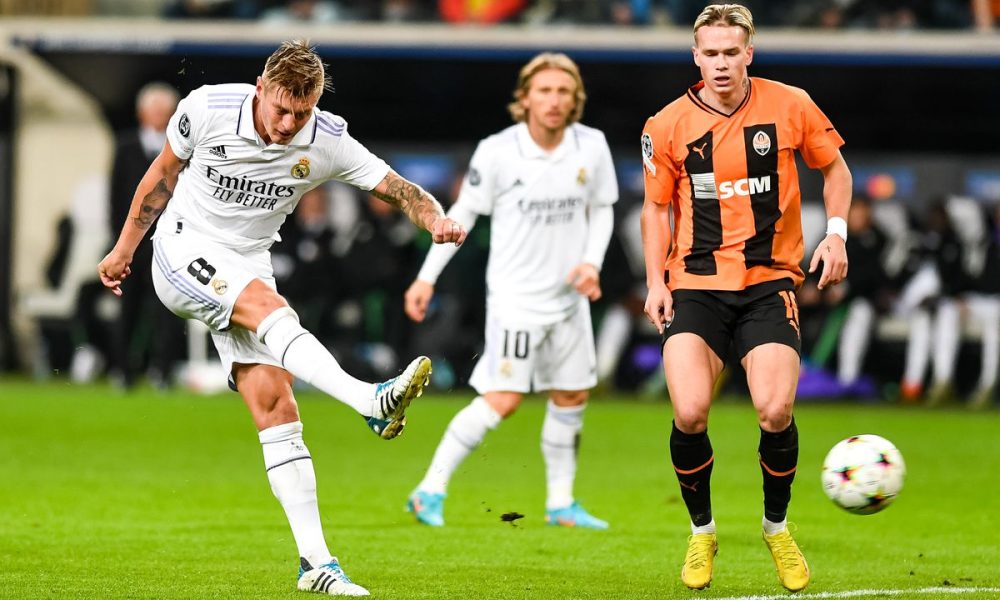 Real Madrid and Shakhtar Donetsk drew, and Antonio Rudiger’s valiant late header advanced the UCL reigning champions into the round of 16.

Benzema attempted a shot from a pass received from Toni Kroos in the 18th minute of the game, but the shot was saved and pushed into the upper left corner. The Los Blancos were caught sleeping when Shakhtar took the lead thanks to a header from Oleksandr Zubkov in Warsaw. Following a corner kick taken by Toni Kroos, Real Madrid made an immediate effort to equalise, but Aurelien Tchouameni headed the ball from the middle of the box to the right. Five minutes into stoppage time, Rudiger equalised from a cross from Toni Kroos. Rudiger, who scored the goal but collided violently with Shakhtar goalkeeper Anatoliy Trubin, left the field covered in blood. Real maintain their undefeated start to the season at the top of the group with 10 points.