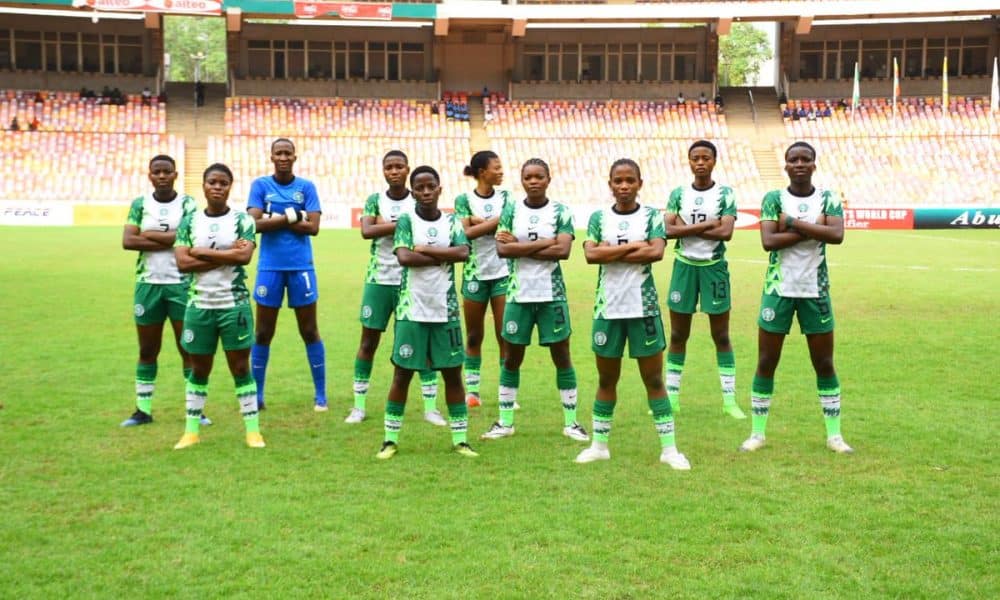 In the U-17 women’s World Cup quarterfinal match in India, Nigeria’s Flamingos will play against the Americans.

Naija News earlier reported that The Flamingos defeated New Zealand 4-0 in their previous match and won 2-1 against Chile earlier today to earn their second victory in the competition. The Nigerian girls won thanks to goals from captain Blessing Emmanuel and Bisola Mosaku in each half. However, a late penalty was given to Chile, but it only resulted in a consolation goal. Along with Germany, who topped the group after defeating New Zealand 3-1, the Flamingos advance as runners-up. After the USA defeated Morocco 4-0 in their final Group A match on Monday to take first place, the pairing was decided. Germany will play Group A runners-up Brazil in the knockout stage after finishing ahead of the Flamingos in Group B.