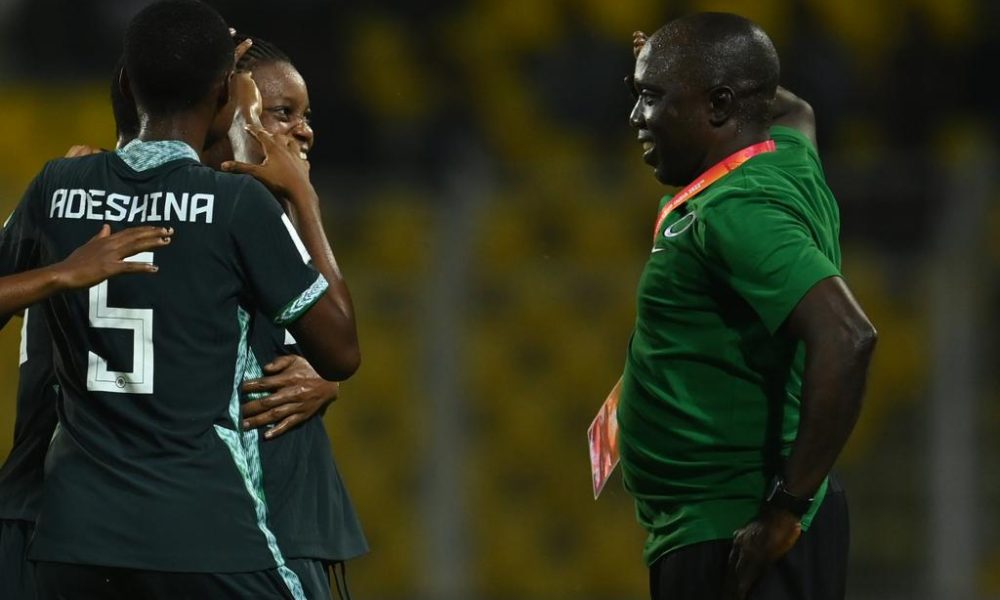 FIFA U-17 Women’s World Cup match between Germany and Nigeria’s Flamingos ended in a 2-1 victory for the Germans after they overcame a first-half deficit.

In the first half, Miracle Usani scored the first goal for the Flamingos from a free kick. In the 50th minute, a goal from a corner kick tied the game. Svea Stoldt sprinted in from five yards away and redirected the ball past Omilana. Mara Alber scored the second goal for the Europeans in the 61st minute. Five minutes later, Tumininu Adeshina attempted to score from just outside the penalty area, but Bottcher easily made the save. In the 77th minute, a teammate deflected Sehitler’s goal-bound shot off-target, giving the Flamingos yet another scare. On Friday, October 14, the Flamingos will take on New Zealand in their second group match in an effort to bounce back from their loss to Germany. Meanwhile, in Group A, the hosts, India, were destroyed 8-0 by the United States of America, and Brazil defeated the other African team, Morocco 1-0.