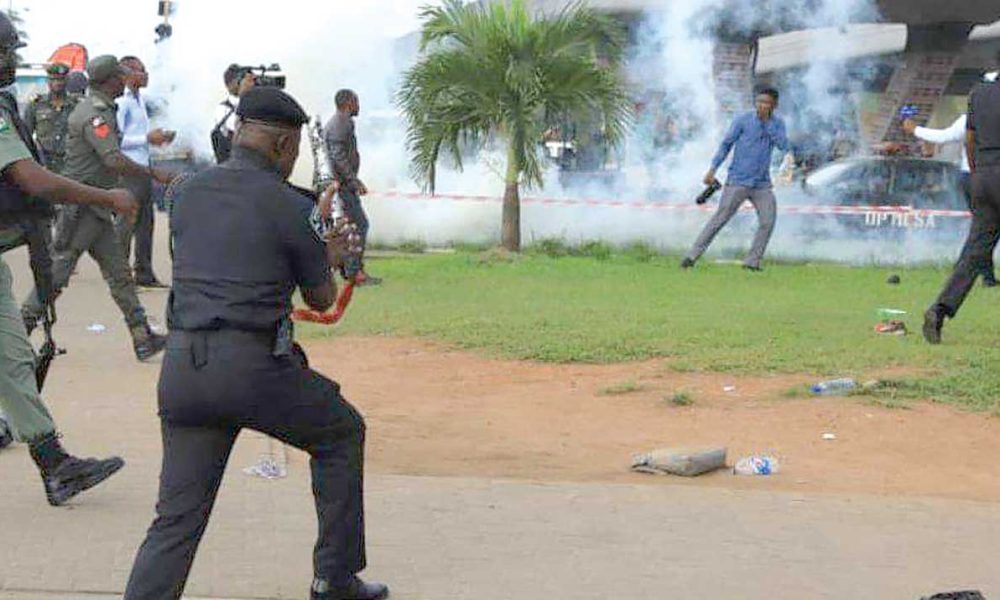 The State Command of the Nigeria Police Force confirmed this in a statement on Thursday through its spokesperson, SP Gambo Isah. Naija News learnt that the assailants had earlier stormed the communities and abducted no fewer than 18 people. The terrorists according to reports stormed the communities at midnight riding on motorcycles and started shooting sporadically. Isah explained that the command was informed of the situation and immediately deployed its personnel to the scene to confront the terrorists. He, however, revealed that the two victims were killed before the arrival of the police, adding that another resident was injured. Isah added, “On October 12, 2022 at about 1am, a distress call was received that terrorists in their numbers, on motorcycles, shooting sporadically with AK 47 rifles, attacked BAUSHE, GATAKAWA village, Kankara Local Government Area. On receipt of the report, the Divisional Police Officer, Kankara Division, led tactical units to the area and engaged the hoodlums into a fierce gun duel. The team successfully repelled the terrorists from their heinous mission and rescued all the kidnapped victims. “In the course of scanning the scene, five motorcycles and two cows were recovered. Sadly, two villagers were killed and one was injured by the terrorists. It is feared that many terrorists were neutralised and/or escaped the scene with gunshot wounds. The police mouthpiece said the investigation is ongoing on the development.