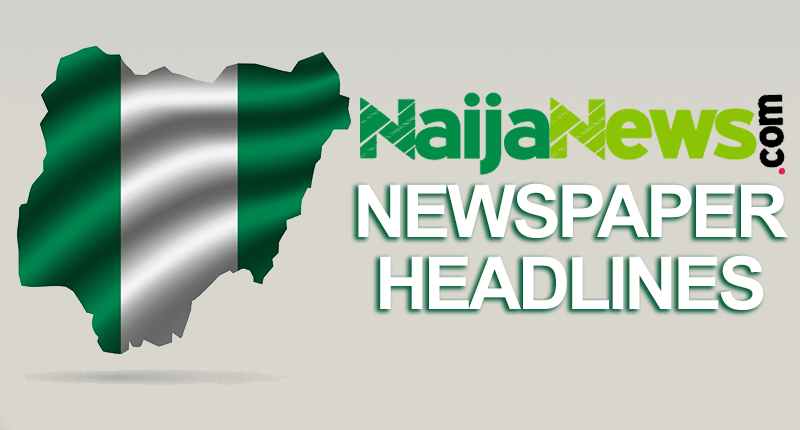 The President of Nigeria, Muhammadu Buhari has embarked on another foreign medical trip to London, United Kingdom. He departed the shores of Nigeria on Monday 31st October for the medical trip. According to a statement made available to Naija News by his Special Adviser on Media and Publicity, Femi Adesina, President Buhari will be away until the second week of November 2022. He also described the medical trip as a routine medical check-up According to Adesina, “President Muhammadu Buhari leaves for London, United Kingdom, October 31, 2022, for routine medical check-up. “He returns to the country in the second week of November, 2022.”

Fresh information has emerged that the Federal Government (FG) has reaffirmed that there is no need for panic or fear in the Federal Capital Territory (FCT)and that residents are safe. Naija News reports that the National Security Adviser (NSA), Maj. Gen. Babagana Monguno (Rtd.), disclosed this n Monday in Abuja after an emergency National Security Council meeting convened by President Muhammadu Buhari. According to him, the panic created by the recent terror alert in Abuja raised by the recent United States (US) and the United Kingdom (UK) was needless. Monguno noted that even though the terror alert was hyped so much by the U.S and U.K that it created unfounded panic, Nigerians and other residents should go about their businesses without any sense of apprehension. Monguno, who was with the Minister of Foreign Affairs Geoffrey Onyema, the Chief of Defence Staff (CDS), General Lucky Irabor and the Director-General of the National Intelligence Agency (NIA), Ahmed Rufai Abubakar told pressmen that the armed forces, security and intelligence agencies are not relenting in their duty to ensure that all Nigerians and every part of the country are safe for all.

The Director of Strategic Communications of the Peoples Democratic Party Presidential Campaign Council, Dele Momodu, has warned Governor Nyesom Wike of Rivers State and his allies against maligning the party’s presidential candidate, Atiku Abubakar. Speaking in an interview with Vanguard on Monday, Momodu said it was wrong for Governor Samuel Ortom of Benue state to label Atiku as an agent of Miyetti Allah. The PDP chieftain stated that the former Vice President is a Pan-African leader and not an ethnic bigot, stating that labeling Atiku is taking things too far. He said: “Calling him an agent of Meyitti Allah is to the extreme. Anybody who has followed the trajectory of Atiku will know that he is detribalized, and has friends in every part of Nigeria. I currently work in his office, where a lot of young men and women from every part of Nigeria are doing their work. Atiku Abubakar cannot be an agent of Miyetti Allah, I think that is carrying it too far. “Wike is carrying it too far. He is a man I like so much. Of course it is wrong to label him (Atiku) an agent of Miyetti Allah. You can say anything about Atiku Abubakar but calling him an agent of Miyetti Allah, I disagree vehemently with that. It is wrong.”

A Federal High Court sitting in the Federal Capital Territory on Monday dismissed the bid by a factional group in the Action Alliance (AA) to stop the certificate forgery suit filed against the All Progressives Congress (APC) presidential candidate, Bola Tinubu. The Federal High Court rejected the suit by the group loyal to Tinubu led by Adekunle Rufai Omo-Aje. The group had wanted to join the suit to defend Tinubu in the certificate forgery suit filed against Tinubu by the AA party. Justice Obiora Egwuatu in his ruling said the conditions precedent for such a joinder to be granted was not placed before the court. The presiding Judge further stated that Omo-Aje did not establish his claim as National Chairman of the AA and also did not disclose how his interest would be jeopardized if not joined as a defendant in the suit. Justice Egwuatu while dismissing the joinder request held that the group remains a meddlesome interloper and busybody until their interests likely to be affected are clearly established. In the ruling, Justice Egwuatu said both Adekunle Rufai Omo-Aje and Ambassador Suleiman Abdumalik who filed the joinder application on behalf of their faction failed to satisfy the conditions on why they should be joined.

5. They Are Experienced But We Need Who Can Be Trusted – Northern Elders Speak On Choosing Presidential Candidate

The Northern Elders Forum (NEF) says what Nigeria needs is a leader that can be trusted to deliver the dividends of democracy to the people if elected. The group maintained that all the major presidential candidates contesting the 2023 polls are experienced managers with enough money to get them to where they are currently but Nigerians need to subject them to more scrutiny to know who will deliver his promises if elected. The spokesman of NEF, Baba Hakeem-Ahmed dropped the charge when he featured as a guest on Channels Television’s Sunday Politics. He said: “Nigerians need to press our candidates. We desperately need to find out who among these people should be trusted. “These (the candidates) are all hugely-experienced people in terms of managing people. These are also people with enough money to get to at least a point where they are now candidates. Their personalities should be scrutinized.” Baba-Ahmed called on other regions to emulate what the northern region did by giving the presidential candidates the opportunity to share their plans for Nigerians with the people. He said it will help voters in making informed decisions.

Governor Nyesom Wike of Rivers has slammed a chieftain of the Peoples Democratic Party (PDP), Dele Momodu, over his comment on the ongoing crisis in the party. Wike was reacting to the comment made by Momodu warning the Rivers governor and his allies “not to cross the lines” in their call for the resignation of the PDP National Chairman, Iyorchia Ayu. Naija News reports that Momodu, in an interview with Vanguard, asked Wike and his allies not to malign the party’s presidential candidate, Atiku Abubakar, over their insistence not to work with him in the 2023 general elections. Reacting to Momodu’s comment in a media chat, Wike mocked the Ovation magazine publisher, saying that he moved from becoming a presidential aspirant to a spokesperson. The Rivers governor said Momodu contested in the PDP presidential primary for the sake of recognition, stressing that he scored zero votes during the election. Wike said he will not allow anybody to use him to gain “relevance”, adding that he has not left the PDP since 1999 unlike some of his critics.

7. Peter Obi Debunks Release Of Manifesto, Says He will Do So Personally

The Labour Party‘s (LP) presidential candidate for the 2023 general election, Peter Obi, has today debunked the release of the party’s manifesto. Naija News reports that Obi, who revealed this on the micro-blogging platform Twitter, said the document in circulation was the party’s earlier draft that found its way into the public space, and not the final approved copy. According to him, the LP’s manifesto is yet to be formally released, and he will be the one to personally release it. His reaction followed news-making waves on social media and online news platforms of the release of the party’s manifesto. The LP presidential hopeful noted that until he approves the final copy to be released, the general public should disregard any copy-making rounds.

8. 2023: Wike Says He Is Yet To Decide On Presidential Candidate To Support

The Rivers State Governor, Nyesom Wike has declared that the Peoples Democratic Party (PDP) in the state will win its Governorship, House of Reps, Senate and State Assembly election in 2023. According to him, he is not hiding the fact that the Rivers PDP governorship candidate, all the House of Representatives, Senate and House of Assembly candidates would win in the 2023 general elections as far as the state is concerned. Naija News reports that the governor at the inauguration of 319 wards and 32 constituency liaison officers in Port Harcourt today said “PDP will win our State. I am not hiding it as far as the governorship, House of Reps, Senate and State Assembly are concerned. The other one we have not decided until the right thing is done.” Wike, however, revealed that the state was yet to determine what to do concerning the presidential election, adding that it is yet to decide who it will support for the presidency in 2023. The governor also slammed the Rivers Director of Atiku Supporters, Dr Abiye Sekibo, saying he lacks the capacity to speak for the people of the state. He said that Sekibo is a self-seeking politician, who was unable to attract demo

The camp of the presidential candidate of the Peoples Democratic Party (PDP), Atiku Abubakar has described the flagbearer of the All Progressives Congress, Bola Tinubu as a tribal evangelist. The spokesman of the Atiku/Okowa presidential campaign council, Daniel Bwala stated this while reacting to the statement of Tinubu during his meeting with leaders of Afenifere on Sunday. Bwala in a statement released on Monday said the comment of Tinubu that he would bring the trophy home at the meeting is an ethnic insinuation and divisive remark. Recall that Afenifere and some Southwest leaders on Sunday endorsed Tinubu’s presidential ambition.

The son of internationally renowned Nigerian singer, Davido, Ifeanyi Adeleke, has reportedly died. Naija News gathered that the little child died after drowning in a swimming pool. The three-year-old drown in a private swimming pool at the family’s residence in Lagos, according to a family source. “The boy was inside water for too long and they pulled him out and rushed him to the hospital,” the family source said. “By the time they rushed him to Lagoon Hospital it was already too late.”