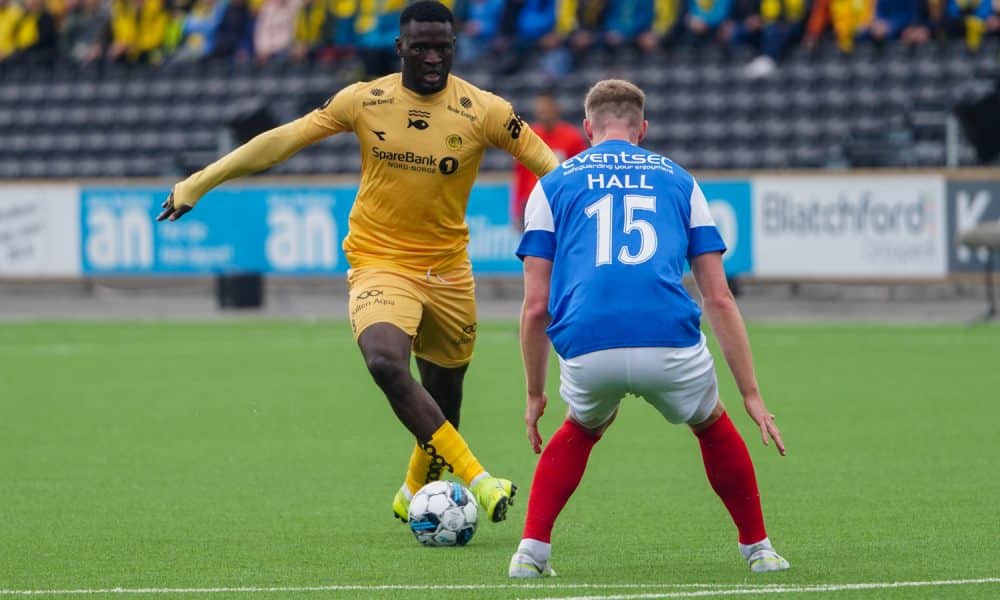 Super Eagles players performed admirably for their clubs in their respective European leagues as they were back in action this week.

In Thursday’s Europa Conference League match between Villarreal and Austria Wien, Super Eagles winger Samuel Chukwueze played. It was fun to watch the Nigerian international, who was participating in the competition for the fourth time. In the 87th minute, Nicolas Jackson scored the game’s lone goal to give the visiting team a crucial three points. 4. Emmanuel Dennis

For struggling Nottingham Forest, who were held to a 1-1 draw at home by Aston Villa in Monday’s Premier League game, Emmanuel Dennis scored his first goal. Prior to the game against Villa, the former Watford player had struggled in his first five games for newly promoted Nottingham Forest. 3. Victor Boniface

Victor Boniface scored twice to help Royale Union St. Gilloise quickly advance to the UEFA Europa League’s knockout stage. The 21-year-old striker joined Les Unionistes last summer after leaving the Norwegian club Bodo/Glimt, and he has two goals in seven league games for the team. 2. Victor Osimhen Napoli defeated Ajax 4-2 on Wednesday in Italy, giving them a fourth victory in Group A of the 2022–23 UEFA Champions League. Victor Osimhen scored to mark his injury comeback. Osimhen put an end to any hopes of a comeback for the opponents when he snatched the ball away from an Ajax player and slid it into an open goal. 1. Francis Uzoho

Super Eagles’ goalkeeper, Francis Uzoho, performed admirably in his team’s Europa League defeat to Manchester United. United dominated and created a great deal of scoring opportunities, but the 23-year-old Uzoho frustrated them. The former Elche player saved 11 shots out of 12 for his Cypriot side, Omonia Nicosia.