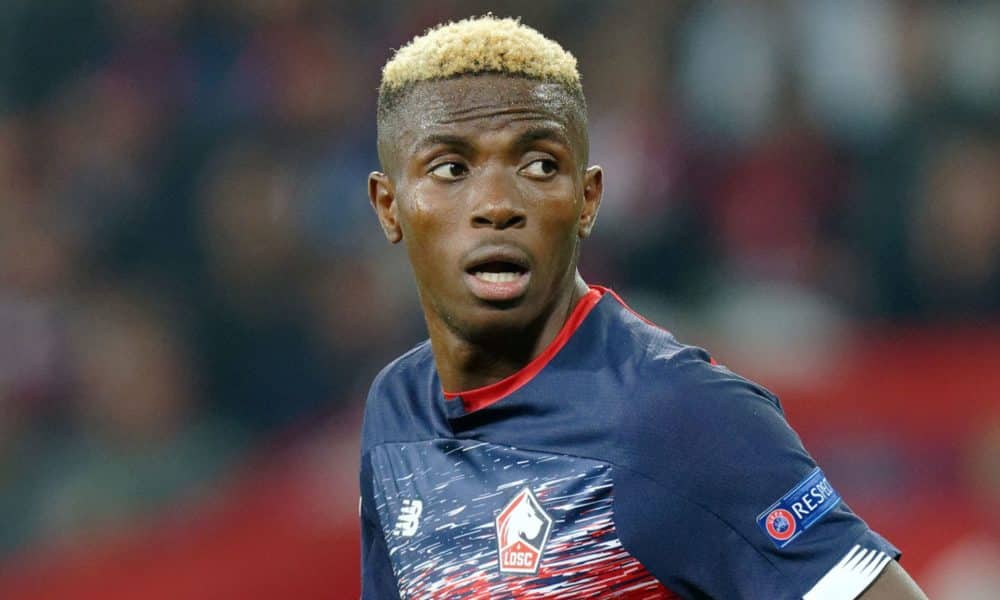 Super Eagles players competed for their clubs in Europe over the weekend and put on several standout performances in their various leagues.

This past weekend, a number of Super Eagles played in matches across all European leagues, including Ademola Lookman, Victor Osimhen, and others. Naija News highlights some of the Super Eagles players who excelled in their respective leagues this weekend.

As Cremonese held Spezia to a 2-2 draw away from home on Sunday, Nigerian International, Cyriel Dessers, scored his second goal in the Serie A. Dessers gave Cremonese the advantage in the game’s second minute, but goals from M’bala Nzola and Emil Holm gave Spezia a 2-1 advantage in less than 4 minutes.

Nigerian InternationaL, Moses Simon, In their Sunday Ligue 1 match, Helped Nantes defeat Brest 4-1 as they overcame a goal deficit. At the 35-minute mark, the 27-year-old converted a penalty kick for Nantes. In nine league appearances for the Canaries, the Nigerian Midfielder has now scored four goals.

On Saturday, Paul Onuachu led 10-man KRC Genk to a 1-0 victory at Leuven in the Belgian Jupiter. His lone goal was the difference. In nine league appearances for Genk this season, Onuachu has scored four goals. Additionally, he has scored goals in three straight games for Genk, who leads the league after 12 games.

On Sunday, Victor Osimhen was the hero for Napoli as he scored the crucial goal to secure a 3-2 victory over Bologna and return his team to the top of Serie A. Since his injury return, Osimhen has now scored in back-to-back games. This season, the Super Eagles striker has three goals in six games in the Italian top division.

On Saturday in Serie A, Ademola Lookman’s outstanding goal gave Atalanta a tense 2-1 victory over Sassuolo at home. In his last 10 appearances in the top Italian division, Lookman has scored four goals. He has now scored in three straight games for Atalanta, who tops the log thanks to their victory over Sassuolo.