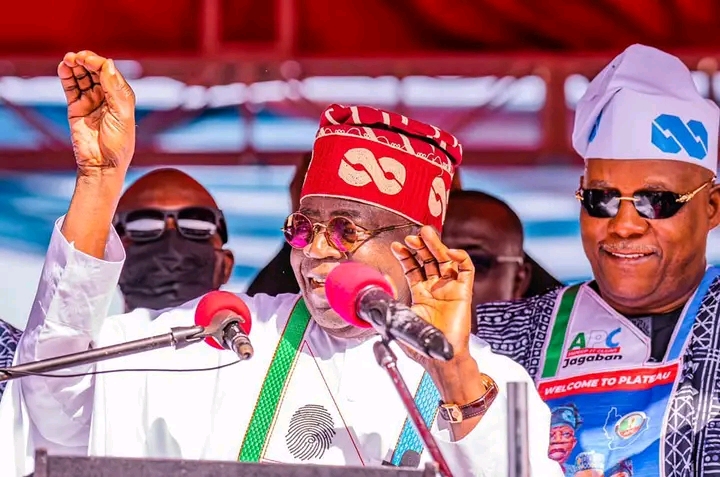 In the hit of the 2023 presidential election campaigns, the various political parties are launching and lording it over their counterparts in a bid to clinch victory.

The ever-anticipated scenarios being played thus far have degenerated into serious propaganda and mudslinging targeted at certain politicians vying for different positions, especially the presidency.

Consequently, the presidential candidate of the ruling All Progressives Congress, APC, Asiwaju Bola Tinubu, has dismissed rumors that he planned to relocate the nation’s Federal Capital Territory, FCT, from Abuja to Lagos.

He accused the opposition of launching a multi-pronged desperate campaign of falsehoods against him.

Tinubu in a statement by the Director, Media and Publicity of the APC Presidential Campaign Council PCC, Mr. Bayo Onanuga, yesterday, said unlike the candidate of the Peoples Democratic Party PDP, Atiku Abubakar, he (Tinubu) had no intention of selling the Nigerian National Petroleum Company NNPC Limited to his friends.

According to him, the latest insidious campaign in some parts of the country against him is the handiwork of the PDP and Labour Party.

“After exhausting their arsenal of calumnies and character assassination against Tinubu, the opposition PDP and their surrogate Labour Party have begun a multi-pronged, desperate campaign of falsehoods.

“In one of the falsehoods being circulated, especially in the North West of the country, Tinubu is said to harbor plans to relocate the Federal Capital from Abuja to Lagos on succeeding President Muhammadu Buhari from May 29, 2023,” he stated.

According to him, the misinformation campaign, based on field reports, is being given some traction by some elders on the payroll of the PDP.

“We are shocked that some people could contrive such an egregious lie, all in the name of politics, to confuse our burgeoning support base in that part of the country.

“Let us say with emphasis, that Asiwaju does not contemplate any such plan and will not do anything that is so ultra-unconstitutional.”