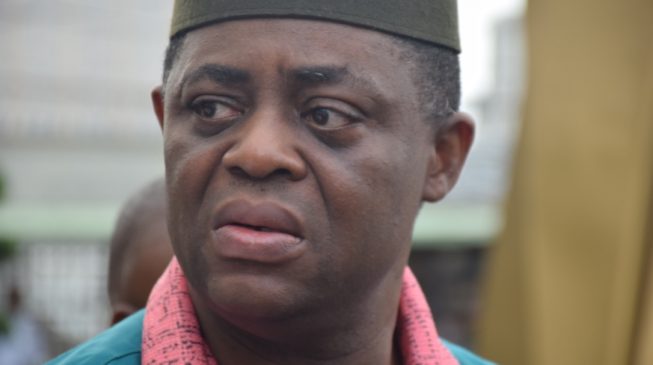 I watched my brother Mazi Nnamdi Kanu’s interview with my brother Chief Dele Momodu and I was inspired. Nnamdi spoke with such eloquence, passion, courage and strength. Every African should listen to that interview. He cleared a lot of misconceptions about himself and made his position clear on so many issues. Most important of all is the fact that he had the decency and humility to tender his regrets and apologies where he may have got things wrong. That is the mark of a great leader.

I thank Dele for giving this great man the opportunity to express himself to the Nigerian people on a mainstream platform such as his which has a massive reach. After listening to the discussion, I was prompted to meditate and ponder on how Indigenous People of Biafra (IPOB) is wrongly perceived by many Nigerians and to write the following. Fasten your seat belts and enjoy the ride.

You call members of IPOB terrorists yet you refuse to bring to justice those that have slaughtered or illegally detained and incarcerated 30,000 of their members in the last 5 years. This number was given to me by Barrister Ifeanyi Ejiofor, IPOB’s lawyer, whose home and community in Oraifite, Anambra state was also attacked, burnt down and plundered whilst many of his people were slaughtered in a joint operation by the Nigerian military and police in a matter of hours.

I was there to spend the day with him and mourn the loss of his brother on a Sunday and the tanks rolled in on Monday morning just a few hours after I left!

When Ifeanyi called me early in the morning to say that they were under attack, that his house and his late brothers house had been burnt to the ground, that his elderly mother had been beaten to a pulp, that the Church building that I had given a speech in the day before had been pulled down and destroyed and that many of his people had been killed for no just cause, tears rolled down my cheeks.

Had he not fled for his life and gone into hiding Ifeanyi himself would have been killed on that day. Any group of people that have been subjected to that kind of barbarism from the Nigerian state would have resorted to an open armed struggle by now but Nnamdi Kanu’s IPOB have refused to do so.

Their struggle and quest for Biafran independence has remained relatively peaceful despite the provocation from the Nigerian state and the massive persecution they have been subjected to for 5 years. Now tell me between IPOB and the Nigerian state who are the real terrorists? Who has done the killing? Who has terrorised? Who has spilled the blood of the innocent? Who has operated unlawfully and committed genocide and crimes against humanity?

Who has sponsored and protected the Fulani herdsmen and refused to curb and condemn their barbaric activities or declare them as a terrorist organisation? Who has been soft on ISWA and Boko Haram and released and reintegrated thousands of their members into our Armed Forces even after they slaughtered hundreds of thousands of defenceless Nigerians, including women and children?

Who has unleashed their troops and security forces on their own people and killed thousands of their own citizens? Who has crushed and destroyed the lives and families of the innocent? Who has burnt down Churches, slaughtered priests at the altar and who has sacked, pillaged, levelled, captured and renamed towns and whole communities?

Who has seized the land of farmers and raped their wives and children, butchered Christians and Shia Muslims and slaughtered thousands in Zamfara, Sokoto, Katsina and the core North. Who has hacked to pieces thousands in Southern Kaduna, Taraba, Plateau, Adamawa, Benue and murdered protesting children in Mushin and at the Lekki Toll Gate?

Was it IPOB or members, associates and friends of the Buhari regime and those they encourage and protect? I am not a man of violence and I do not support the use of arms. Where anyone or group of persons, including IPOB, involves themselves in violence I am the first to condemn it. I despise those that shed innocent blood and those that unleash mayhem, havoc and tyranny on innocent people.

Yet the bitter truth is that those that have done more of this than anyone else in this country over the last 5 years are the Federal Government and their friends, associates and allies and not IPOB, OPC, YOLICOM, MASSOB, YWC, Yoruba Summit Group, MEND, NDVF, IYC, the Lower Niger Congress or any of the other regional or self-determination groups.

I am not a coward and neither am I chicken-hearted. Truth is my sword and the Lord is my shield and armour. I fear nothing and nobody other than God. It is for this reason that I refuse to be cowed or browbeaten into joining the gullible and ignorant herd of lily-livered cheerleaders who take pleasure in attacking and demonising the victims of the state like IPOB instead of condemning the unbelievable cruelty and crushing wickedness that has been unleashed upon them by agents of the state.

And the only reason they do this is because IPOB has not been given adequate fair hearing in the nations media or the public space to explain and defend themselves or tell their own side of the story to the Nigerian people.

The bitter truth is that more than any other group in this country over the last five years IPOB have been misrepresented, vilified, attacked, demonised and subjected to the greatest and most horrendous form of misrepresentation and negative propaganda. If anyone is attacked in the south or any police station burnt, according to our media, it must be IPOB.

Thousands of their members are in cells all over the country as we speak and yet no-one speaks for them, no one cares for them and no one empathises with them. This is unacceptable. This is inhuman. This is unfair. This is unjust. This is evil.

Worse still, to compare IPOB to Boko Haram, ISWAP or the Fulani herdsmen is like comparing Little Red Riding Hood to the hungry and ravenous wolf or like comparing Mother Theresa to Jack the Ripper: it simply does not make sense.

Some have alleged that IPOB youths committed acts of violence throughout the East and parts of Rivers state during the #EndSARS protests. Unconfirmed reports suggest that some of them even killed policemen and other innocent Nigerians. I find these reports troubling but I do however question them.

The Nnamdi Kanu that I know can be impulsive and say some very harsh things at times but he is not a killer or a violent man. He is a formidable intellectual and a visionary leader and not a merciless, bellicose, violent, murderous and bloodthirsty barbarian.

God forbid such a thing, but if he was a man that took pleasure in the spilling of blood, he would have put one million A4K 47s in the hands of his followers. By now and all hell would have broken loose. Violence is not in his blood and neither is it in his interest.

On several occasions he has told me privately and has said publicly that IPOB’s struggle is and must always be a peaceful one and he is wise enough to know that anything outside of that will be counterproductive and would lose him a lot of support and sympathy.

If indeed IPOB youths, as opposed to thuggish hoodlums that are claiming to be IPOB or rogue elements within the organisation, have killed anyone anywhere then I wholeheartedly condemn it and such barbaric behaviour must stop forthwith. Two wrongs can never make a right. The fact that the Nigerian state indulges in mass murder does not mean that their victims must also soil their hands with innocent blood.

And if anyone doubts that the Nigerian state is indeed a brutal and bloodlusting killing machine which seeks to crush dissent and silence those that do not key into its inherent barbarism then I challenge them to find out how many young innocent Igbos are being targeted and killed by security forces in Obigbo, Rivers state today in the name of fighting IPOB.

According to Amnesty International in Obigbo innocent people have been kept in inhuman conditions in a 24 hour curfew for the last 10 days without access to medicare, food, water and power and there are reports of extrajudicial killings with dead bodies all over the streets.

The group torture, psychological trauma and mass murder of Igbo people for whatever reason and under whatever guise in Obigbo is unacceptable. I condemn it in the strongest terms. Where is our humanity? Must the Igbo always be slaughtered like flies in Nigeria? Do they not have red blood too? Does any race or human being deserve this type of targeting and treatment?

I condemn the killing of security agents by anyone in that community but does that mean that every Igbo there must be treated like a prisoner of war or massacred? What moral right do we have as southerners to complain when northerners kill our people when we in the south are so ready to kill one another in such a barbaric and cruel way? Today, I weep for the South and I weep for Nigeria.

If the truth be told the real terrorists in this country are in Aso Rock and not on the streets of Igboland or in the ranks of IPOB. Calling for a referendum and seeking to peacefully exercise your right of self-determination after being subjected to and confronted with 60 years of subjugation, murder, ethnic cleansing, tyranny and genocide does not make you a terrorist, it makes you a courageous man of conscience and a freedom fighter.

I am not from the old Eastern Region of Nigeria and therefore I am not a member of IPOB. I hail from the old Western Region where we have our own struggles and where we also seek to chart our own course and determine our own future. That struggle is for either restructuring of the country or, failing that, the peaceful establishment of our own nation which we shall call Oduduwa Republic.

This is a noble quest because Nigeria has failed us just as it has failed everyone else. And if things do not change quickly it is a quest that will be achieved sooner than later. Yet the struggle for freedom is not for the Biafrans and the sons of Oduduwa alone: it is also for the ordinary people of the core North who have been through hell and who have been subjected to unprecedented levels of carnage and savagery.

Again it is also for the people of the Middle Belt and the so-called minorities of the north who have suffered for so long and who have been denied, deprived and suppressed more than any other people in Nigeria. They too shall be free from the yoke, bondage and cruelty of imperial Nigeria.

Permit me to conclude this contribution with the following. No matter how many IPOB members you torture, jail and kill and no matter how many of them you misrepresent and demonise, they cannot be stopped because an idea whose time has come cannot be successfully resisted.

Like the great Libyan warrior Omar Al Mouqthar who was known as the ‘Lion of the Desert’, their battle cry is “we win or we die”. Like the gallant and courageous Patrick Henry, who led the American people in their struggle for independence from Great Britain, their song is “give me freedom or give me death!”

That is their story, that is their song and it is ours too. Freedom calls and liberty beckons: one million tanks cannot stop them and all the misrepresentation, disinformation, misinformation and lies in the world cannot deter them.