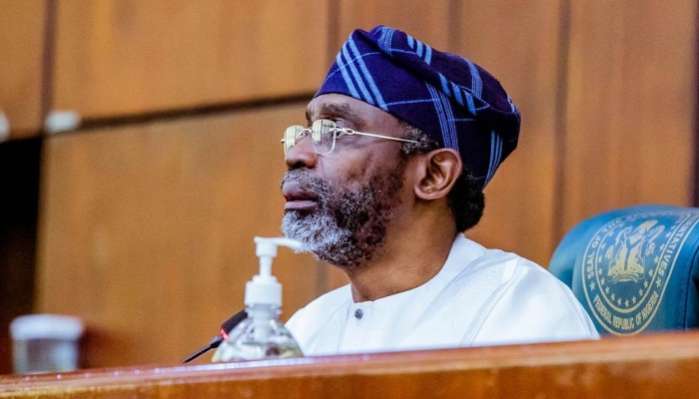 That which happens after, wanton destruction of lives and properties during #EndSARS protests, Femi Gbajabiamila, the speaker of the House of Representative has revealed that Lagos State required a minimum of N1 trillion to renovate the deliberate extensive damage of properties across the mother city.

The House of Representatives on Wednesday suspended its earlier plan for a briefing by President Muhammadu Buhari, after it became clear the president would no longer honour the House’s invitation.

On that Wednesday, the Reps failed to discuss an item on its order paper to admit Mr Buhari into the House chamber.

It was the clearest evidence Mr Buhari, who was billed to explain the terrible security situation in the country to lawmakers, had cancelled the plan, confirming a report he would back off.

At a Tuesday night meeting between the governors and the party’s caucus in the National Assembly, those in attendance argued for hours on reasons for and against the appearance of the president before the house.

Newsmen were briefed on the deliberations at the meeting by multiple sources present.

The governors were said to be concerned because their state houses of assembly may want to take the opportunity to “harass” the governors by seeking frequent appearances.

On Wednesday, the speaker, Femi Gbajabiamila, who presided over the plenary deliberately skipped the item.

It was tittled “That the House, pursuant to Order 19, Rule 8 (1) and (2) of the Standing Orders, do admit into the Chamber, the Ministers of the Federal Republic of Nigeria, the Service Chiefs and other dignitaries for the purpose of receiving an Address by the President and Commander–In –Chief of the Armed Forces of the Federal Republic of Nigeria on the Security situation in the country”.

It was supposed to be taken by the house leader, Alhassan Doguwa under the item “Admittance into the Chamber”.

Mr Gbajabiamila did not give reasons why the item was not called.

According to Mr Mohammed, the president’s appearance was cancelled due to concerns opposition PDP lawmakers planned to embarrass him. He did not immediately respond to telephone calls.