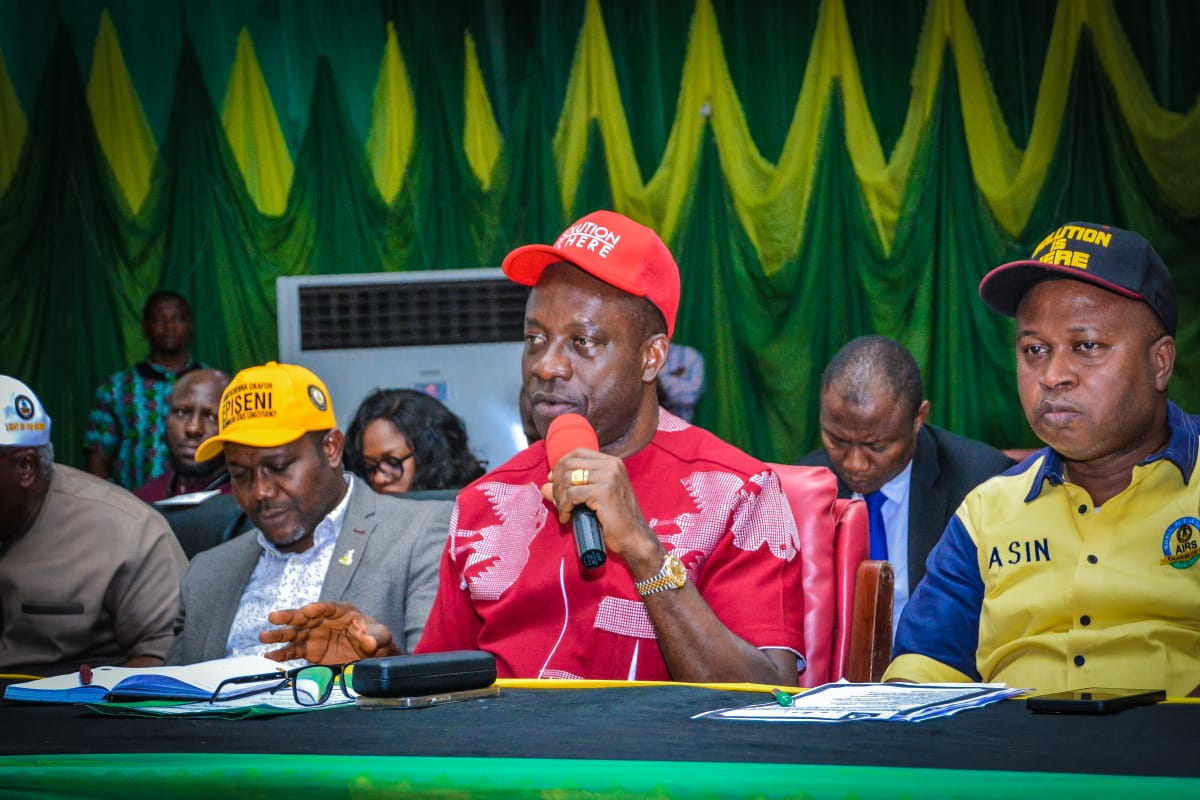 Following a series of reactions from the public, the Governor of Anambra State, Prof. Chukwuma Charles Soludo, approved weekly payments applicable to tricycles (keke), shuttle buses, and other transport operators.

The State Government, transport operators, and other key stakeholders met at the Prof. Dora Akunyili Women’s Development Center in Awka to brainstorm and agree on the new modalities.

Governor Soludo also has suspended tax payments for heavy-duty loading and offloading in the transport sector.

The Governor stated that the meeting was convened to inform them that he had heard their complaints about the method of tax collection.

Governor Soludo also stressed that he understood their concerns raised regarding rate reduction, mode of payment (daily or weekly), and the issue of multiple taxes.

He assured them that his government is determined to institute a progressive tax system because APGA is a party for the common man.

“This Government will protect and promote the common man’s interests.” To make the system more equitable, we are working on comprehensive tax reform.

“Tax collection from hawkers, wheelbarrow pushers, and vulcanizers is prohibited in Anambra State.

“As a progressive government, we are determined to ensure that the poor are not burdened by taxes and that the wealthy pay their fair share. The truth is that you are paying more than your fair share,” Governor Soludo emphasized.

“I understand what you’re going through; I feel and touch it, and that’s why we’re going all out to declare a total emergency on state roads to alleviate your suffering.”

“It is true that the government requires funds!” There is no such thing as a society that has developed without people paying taxes. Last year, Anambra’s total tax contribution as revenue was barely N20 billion, which is insufficient for the massive road construction we have begun, let alone other sectors.

“Nobody likes paying taxes, but we’ve started a tax revolution. Our main challenge is being harassed by touts and being taxed multiple times. “The vast majority of what you pay goes into private pockets and never reaches the government,” Governor Soludo explained.

“We called this meeting because some of the things we designed to work aren’t working as we intended.

“When we organized open bidding for concessions, we agreed that old prices would remain the same, but operators are complaining about price increases that are not part of the agreement, so it’s a major concern,” Governor Soludo said.

“We want unions, but only unions led by operators.” This will be possible once your enumeration is complete. The government will come and supervise your election, after which you will be able to choose your chairman for a specific term. We want to do away with professional lifetime unions! Unions must be run by operators, according to Governor Soludo.

The Governor assured that technology will be deployed to collect daily taxes by their demands, but that it will take some time to be implemented. He maintained that it is the only way to avoid returning to the old ways of touts and unions.

“We’re putting together an implementation enforcement team and a help desk. Send a picture and video evidence if you have any information. We will make it go viral to apprehend the perpetrators.

“There will be phone numbers of enforcement agencies provided so that people can communicate and file complaints on whatever challenges they are facing,” he said.

Governor Soludo urged transport operators to include waste bins in their vehicles so that passengers could dispose of dirt in the bins, thereby assisting the government in keeping Anambra clean.

Earlier, the Chairman of the Anambra Internal Revenue Service, Mr. Richard Madiebo revealed that the state government met with members of the Anambra Transport Union on 10th January 2023 where their many complaints and ideas were shared.

He stated that the present government is listening and that stakeholders would always interact for the benefit of the state.

He stated that the meeting’s purpose is to listen to more people so that adequate feedback can be obtained.