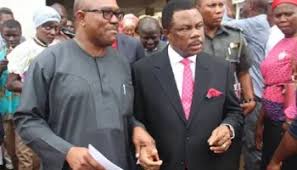 The game of politics comes with mixed feelings about who would stand out as the winner on the deal day of the polls.

To this end, supporters of the various political parties devise possible means to present and make their candidates saleable to the electorates.

The supporters of Mr. Peter Obi of the Labour Party presidential candidate, popularly known as the ObiDients have once again presented the handover documents of the former governor of Anambra state to the immediate former governor Willie Obiano as of March 17, 2014.

Glancing at the whopping figures of the NET BALANCE, ObiDients have dared the opponents to go and verify the amazing record of the former governor, Mr. Peter Obi.

The report is attached below: