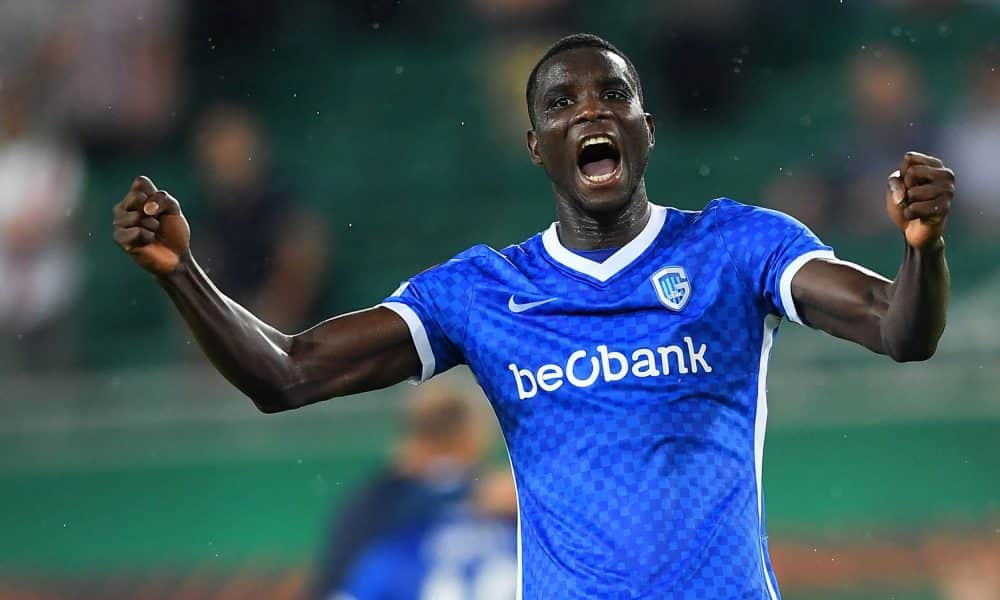 Nigeria International, Paul Onuachu, on Saturday, led 10-man KRC Genk to a 1-0 victory at Leuven in the Belgian Jupiter.

One goal from the Super Eagles striker gave his Belgian team the victory. For Genk, who is currently leading the league table after 12 games, the 28-year-old forward has scored in three straight games. He scored against Oud-Heverlee to give his Belgian team the victory. The former Midtjylland forward scored the game’s lone goal in the 16th minute before being substituted after 76 minutes. 42 minutes into the game, Genk’s defender was dismissed after receiving a straight red card. Only one point separates Genk from second-place Antwerp, which will host Standard Liege on Sunday. Onuachu led his team to 21 goals in 35 league games played in the 2021/2022 campaign.