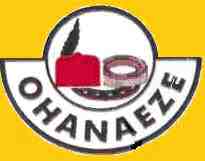 The Igbo World Assembly, IWA, a diaspora Igbo organisation has expressed deep worry over what it described as an emerging fight between Ohanaeze Ndigbo and the Indigenous People of Biafra, IPOB, saying that unless both groups work together, the actualisation of a better Igbo may be derailed.

In a statement by IWA Chairman, Dr. Nwachukwu Anakwenze, Christian Onuorah, Vice Chairman, and Secretary-General, Oliver Nwankwor, the group noted that Igbo’s journey to justice in Nigeria will never be attained by one group alone, irrespective of how well-orchestrated the group may be.

The tasks at hand, IWA warned, required that IPOB and Ohanaeze work together as a team, at least in principle.

IWA noted in the statement: “Let us not diminish our efforts through unfounded insults and innuendoes. Let us not see ourselves as enemies. Let us not participate in the planning of our funerals.

“The greatest weapon our detractors and their allies have against us has always been their abilities to divide and conquer.

“No group in our journey to justice should trade innuendoes and insults against each other in other to gain viability and or favors from Ndi-Igbo. We appreciate your respective groups and efforts at attaining the illusive Igbo Agenda.

“We must remember we will not actualise our dreams through in-fighting and by washing our dirty laundry in the public. It is a fact after all, that a house divided against itself cannot stand.

“Let us not discount the efforts of any group. It will be foolhardy to overlook and/or minimise the significance of Ohanaeze and/ or IPOB in their respective efforts at actualisation of the Igbo agenda.

“What bonds us is stronger than what strains us. If you make time to listen to the respective group’s agenda, it would leave us to ask ourselves, what is the in-fighting about?

“History will never be kind to us if we allow the in-fighting to get in the way of the tasks at hand. Since history has taught us that our journey to justice will not be actualised from one front, justice, balance and  Igbo agenda will not be accomplished with division.”

While demanding an immediate end to the rift between the two groups, IWA  further noted that “we have chosen to write this release in direct reaction to the recent rift between Ohanaeze and IPOB leadership and the innuendoes from the IPOB leader, Mr. Nnamdi Kanu on Chief Barr. Nnia Nwodo, the current Ohanaeze Ndi-Igbo President-General and all the duly-elected officials holding public trust.

“IWA, therefore, categorically states that while we appreciate the value added by the IPOB to the advancement of Ndi-Igbo, we must always be truthful to ourselves when an anomaly occurs among the groups in the trenches and the pathways of our journey to justice.

“We are, therefore, calling on the trailblazers not to lose track of the tasks at hand. In-fighting, we strongly believe, can only weaken and divide us,  a reminder to the IPOB leadership that “Ohanaeze is by definition, all-encompassing of Ndi-Igbo.”

“Granted that constituency may differ but in the end, result should be the same. We are all Ndi-Igbo and aspire for the same agenda. Ndi-Igbo, Ohanaeze, IPOB, or otherwise, we are looking for the same thing.”

A reminder, therefore, that our journey to justice in Nigeria will never be attained by one group alone, irrespective of well-orchestrated the group may be.”

Believing that the approach of   Ohanaeze Ndigbo and IPOB may differ in pushing for a better Igbo society, IWA called for unity among two groups on the task ahead

Quoting late Igbo warlord, Dim Odumegwu Ojukwu as describing Igbos as “Egalitarians”, IWA added that, “Like most progressive nations, Igbos are not monolithic. We are not puppets on the strings.

“We must, therefore, dismiss the axiom that ‘Ndi-Igbo has no king’ as a myth used by detractors to engender conflict and distrusts among Ndi-Igbo.

“We, Ndi-Igbo, have leaders from time immemorial and are punctuated with the shared belief that all people are created equal and should enjoy equal access to social, political, and economic rights and opportunities.

“Irrespective of our nature as ‘egalitarians’, we have always respected our leaders; from Ohanaeze, Chief Nnia Nwodo to the leadership of IPOB, Mr. Nnamdi Kalu, because of their respective value added to the Igbo agenda.

“For the record, Chief Nnia Nwodo and Ohanaeze Leadership have the goodwill of Igbo World Assembly (IWA), Ohanaeze Ndigbo worldwide and Ndi-Igbo in his constituency, as does IPOB and its leader Mr. Nnamdi Kalu and their followership and supporters.

“And, to the respective group, do your thing, we Ndi-Igbo respect your respective works on the trenches, minus in-fighting, innuendoes, disrespects and mud-slinging,” Igbo World Assembly added