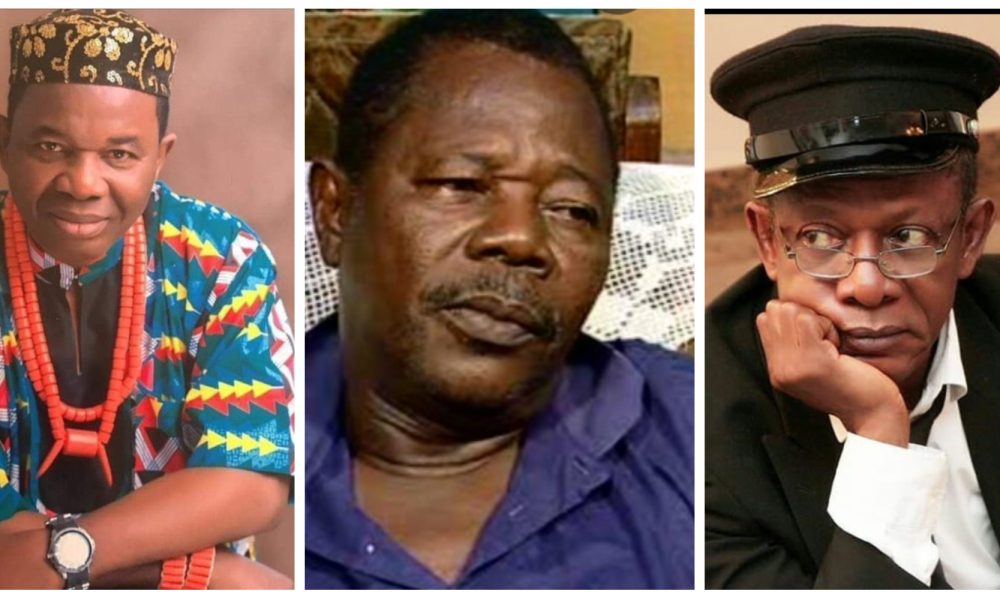 The Nollywood industry is filled with talented actors and actresses, however, there are those that remain unforgettable when it comes to humour and they definitely cannot be easily erased from our memories.

In this article, Naija News highlights six comic Nollywood stars who are naturally gifted with the ability to make their audience laugh in any movie they star in.

1. Sam Loco Efe: The late veteran Nollywood star was one of the most talented comic actors in the movie industry. Before his death, the actor, who distinguished himself as a rare talent featured in over a hundred movies. One can literally forget his/her sorrow by watching and listening to Sam Loco. Some of his known lines include: He who completely unwraps moi-moi and gala before eating cannot keep a secret, only a courageous woman can fry a bunch of plantain without tasting any, Any man who drinks Alomo bitters without squeezing his face, is capable of murder and many others. 2. Chinwetalu Agu: The Enugu State-born Nollywood star is perfect at playing the role of a comedian and villain. His usage of specific language slang, phrases and clichés in many films has made him uniquely a household name in Nigeria. Some of his sidesplitting slang include Ekwensu eh romance mamiwater, Oteluba Otelose, Uwa kpuru ekpu kunuu n’acho ikpu ozo and many others. 3. Nkem Owoh: The actor bagged a Bachelors’s Degree in Electrical and Electronics Engineering from the University of Ilorin. He began acting in various television and film production in the state before returning to Enugu after graduation. Nkem Owoh became famous after starring in the movie ‘Osofia in London’ which earned him a big name and Africa Magic Viewers Choice Awards. Among his numerous slags includes, I used to hunt animals, now aminals hunt me, I know money does not buy happiness but I would rather cry n a Ferrari, you be a 35-year-old first-class graduate without a job and you dey follow Lil’Wayne sing ‘Want Got no worries’ your life is on SOS. 4. John Okafor: The movie star got his nickname from a movie he featured in titled ‘Mr Ibu’ and he gained popularity in Nigeria and beyond. Apart from his comic roles in movies, he is considered one of the meme’s kings and some of his slang include, The contraceptives in some girl’s stomach are enough to start a pharmacy, life is too short to commit suicide, be patient you will still die don’t force it, you must be a good liar before you can pretend. 5. Bishop Imeh Umoh: The Akwa Ibom-born actor is popular for his funny on-screen voice. The actor earned the name ‘Okon’ from his movie ‘Okon goes to School’. 6. Francis Odega: He is known for the use of American slags. He features mostly in comedy movies where he displays his hilarious character. He is known for the popular slang ‘Gerrarahia’