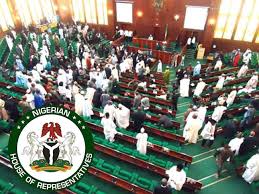 Speaker of the House of Representatives, Femi Gbajabiamila has warned that the issues that led to the eight-month strike by ASUU are yet to be resolved.

Gbajabiamila stated this on Tuesday, during the National Summit on Tertiary Education Reform organized by the House of Representatives.

He informed the audience that the House seeks to get answers to resolving the crisis in the tertiary education sector.

“The end of the strike did not mean all the issues of funding, education standard, and student and staff welfare had been resolved. At the time, I called for the government, universities, unions, and citizens to see the moment as an opportunity to begin the critical conversation about the future of public tertiary education in the country,” he said.

Recall that the lingering issues between the Academic Staff Union of Universities ASUU, and the Federal Government of Nigeria have taken a different dimension after the refusal of the FG to pay the protesting staff their complete salaries.

It was further learned that the federal government resolved not to pay members of the union for the work not done, which resulted in half salaries.

Consequently, the members of ASUU were recently on the streets in designated quarters across the country to protest the decision of the federal government to pay them half their salaries. To this effect, ASUU threatens to skip the program and lectures not covered during the strike as the government has equally decided to cut their salaries.

In a related development, Mr. Gbajabiamila also called on the Senate to pass the students’ loan bill that is awaiting concurrence before the end of this administration.

“In 2019, I sponsored, and the House of Representatives passed the Students Loan (Access to Higher Education) Bill to provide access to education financing for students who qualify. That bill is in the Senate, awaiting concurrence. We hope it will get to the president before the expiration of this administration,” he stated.