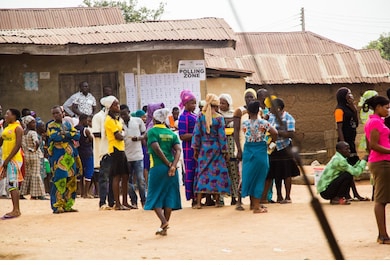 Democracy resides in the people for the betterment of the people.
The system of zoning is abnormal in government principles. Zoning in Governorship System in Anambra State is not left out.
No true leader is centre in one angle. But is centred on the masses.
We can not rely on archaic existence of principle or this is our own. This statement incurs selfish interest.
Let believe that there is nothing last forever only God last forever.
The scholar’s verisimilitude in the centre of the political environment that wise rule with genuine governance. When the fool rules problem and quagmires arise into crisis with impunity dexterity.

Everybody think that zoning is good and better. Nobody is good even the most worthy man cannot achieve the alacrity needed in the leadership except God and peoples intervention.
The present government has tried from 2003 using the principle of zoning to malignant the government win us into a confuse arena and leaves us with no hope but every day crying because our convivial environment has been indebted on the shackles of a bad government we are left with no hope but agony and horror.
Say NO to zoning it destroys the living and make the citizen a slave of nepotism and make Ndi Anambra government become a government of a family and community affairs. But during the election, the candidate won with a majority of votes that comes from the units and localities wards the masses voted to their choice in this state.
While do we have to believe that any good governance comes in a zoning system. Experience has stated that in zoning system, there is elevated pertain of a citizen of a particular zone become superior and powerful over the sub-zones who are not in the power and make them slaves of one tenure obnoxious government.
Let look into our future of this government does zoning since 2003 favour this state? We are recorded the second-best economy generating revenue state but we are leverage in conditions of hungry citizens. our markets are depilated not a place to talk about. Check the roads in your areas the particular construction is tricky, unhealthy, sickly and appropriate because of the resources of one government centre on the system of zoning principles.
The markets chairman who is not qualified, incompetence and ineffective will be given the power to control the markets system now brought into the masses unconstitutional law that will make the chairman rich and powerful leader because of a zoning system. You cannot say no. What people will say is _o bu nwanne_ Governor. These are level in the culprit condition will are suffering in this state.
The principle is childish because the masses is where power belongs not in the zone.
Anambra state has three senatorial zones and one zone is set outside been record qualified to bring a government who will lead us effectively and transparent to a better government?.
Let us take a look at the other state like Calabar for an example,  the gigantic agriculture establishment the governor instituted in the state. But this present government made such promise in his first campaign has it been fulfilled? The establishment and the campaign promise how many of your families in Anambra benefit on the establishment. But _Nwanne governor_ benefit, this is very bad. The government you are into is not your brother who only voted for you but the masses choice. This structure was established in the centre and mindset of the unthinkable party. Believes that only they are born to rule. But the principle is now malfunction because of incompetency and lack of proper planning.
Zoning brings ‘this is our own’ and selfish government. Our government _Nke bu like anyi_ slogan use to betray our brothers crying in the powerful language for the betterment of our own now become a family and community affairs where betrayal and selfish interest is the order of the day.
Let the mass say NO. Because enough is enough. This growing reign and principle have been abuse to dexterity and mischievous conditions.
We shout in a weary and pealing tone that this principle and policy is not the best because it makes a part powerful and other parts a slave and selfish thinking.
Let the mass make this an alarming strategy that masses have a voice and interest, believe in the power to the people is the root of democracy, believes in yourselves;  who the masses want is where this gigantic and efficacious power relies on and stand to wipe the structure and principle of this so-called zoning ineptitude system that is totally abnormal.
Let the masses vouched and saying No because no part make a law for the betterment of the whole parts. Let belief in oneness and unity government that touch the lives of people.
We believe in the people because there is where power lies not in part from a whole.
A zoning system will not bring us a  good and better government but bring a government level in family affairs and nepotism.
Let us change hands and support this lucid and transparent interface, this present strategy government who want to bring a good leader the peoples choice not minding the background or society. But bring a man who understands the crying, language and tone of other zones, regions, districts, communities, areas and families and show genuine governance and solved the plight of his citizenry and put absolute smile and solution to it.
This and many more good things the citizens demand from a sincere party government and also the demand for the masses.