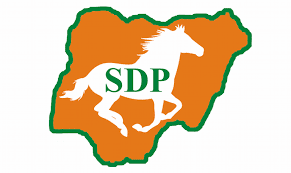 As political parties gear up for the campaign season ahead of next year’s general election, the Social Democratic Party (SDP) has vowed never to rent a crowd for its campaign rallies like other political parties have started doing.

The party said renting crowds for rallies is a means of deception and that is not acceptable to them, adding that they don’t intend to practice such in any way. According to the party’s national chairman, Shehu Gabam, elections are about tackling issues affecting the people, and not about crowd renting. Gautam, who spoke at a reception organized by the party to celebrate two of its members who were recipients of the National Honours Awards, said there are more important issues affecting the nation like insecurity, education, assistance, and the collapse of the health sector among others. Therefore the SDP, he said, is focused on dealing with such major issues first, rather than thinking of renting crowds, because political parties have reduced elections to renting crowds to impress the populace. The party said the only way out of the numerous challenges facing Nigerians is to adopt a holistic way to restructuring the country, adding that “as a party, we are strategic in our operations. “We’ll be dealing with strategic issues that affect every one of us.” The SDP’s national chairman seized the opportunity to disclose that the party would soon reveal its complete list of members of the party’s Presidential Campaign Council, saying the SDP “don’t want to be a copycat” “We don’t want to be a copycat. We have our own timetable, and programme and we will unveil them at the right time. Nigeria is in a very delicate situation, so it is not about a rush hour but about doing the right thing and putting the right thing in place,” Gabam added. Giving his thoughts about restructuring, the SDP chairman pointed out that the structure and composition of Nigeria have changed compared to the fresh days of independence. The population of Nigeria during independence, can not be compared to what is obtainable now, he said, adding that Nigeria had a population of about 30 to 35 million, as compared to the current population of over 200 million people. “However, we must restructure, it is inevitable. There are no two ways about it. If we want to move forward, deal with our population, we must do that”, Gabam said. While applauding the Independent National Electoral Commission (INEC) for adopting the Bimodal Voter Accreditation System (BVAS), he expressed confidence in the ability of the commission to deliver free, fair, and credible elections in 2023. Gabam, who described the BVAS as classic and unique, noted that the innovation would ensure a reduction in voter apathy. He said: “INEC has done marvellously well. Never in the history of INEC, we have had this kind of transformation. However, beyond that, INEC is not the one to deploy security agencies to ensure there’s a conducive atmosphere for the election to take place, that is within the purview of the president and Commander-in-Chief. “He controls the security apparatus and he is the one to ensure that there is law and order virtually everywhere. So INEC is interdependent in terms of deployment of security, but in terms of supply of the needed material for the election, yes, they are independent.”