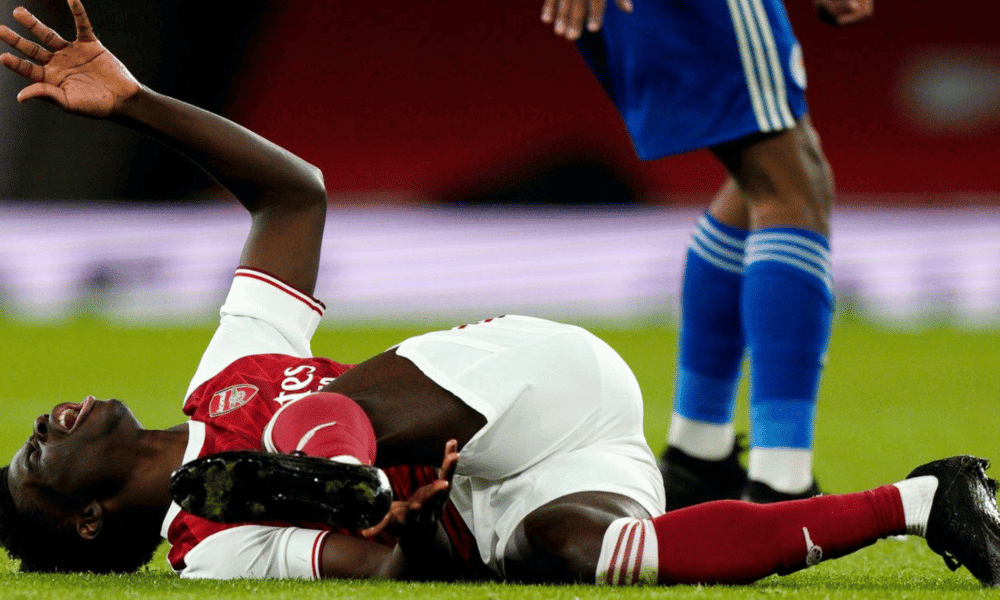 Arsenal midfielder, Bukayo Saka, was forced to leave the match against Nottingham Forest due to what appears to be a knee injury sustained during a collision with Renan Lodi.

Gareth Southgate will be concerned about Saka’s injury given that the World Cup is only three weeks away and the star is a big part of his team for the global tournament. Lodi appeared to hit the 21-year-old on the ankle just 15 minutes into the match before the player lost balance to fall on his right knee. Reiss Nelson was brought on to replace Saka in the 27th minute after he tried to play through the apparent discomfort for a while. The 22-year-old understood the assignment as he nets two goals in less than 10 minutes for Mikel Arteta’s men. Before going out injured, Saka had already had a big impact on the game. Gabriel Martinelli scored the game’s first goal within five minutes after receiving a cross into the box from the player.

Both Arsenal and England are hoping Saka’s injury is not serious as he left the field and headed straight for the tunnel. Southgate has already suffered a setback due to Reece James’ injury, and Kyle Walker’s condition is still uncertain.