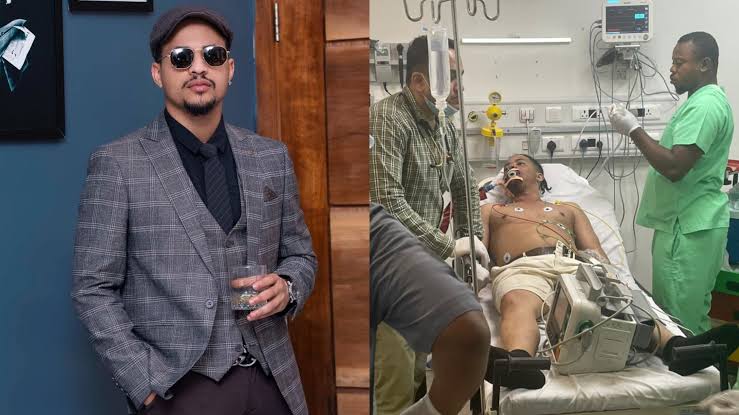 Rico Swavey was alleged to have been left unattended after being rushed to the hospital following his involvement in an accident.

Daddy Showkey said that in the viral video, the way the nurses looked disorderly when Rico Swavey was brought in showed that the reality star did not receive urgent attention.

He noted that if the nurses were not disordered and acted swiftly, the deceased would have survived.

Showkey said: “I believe our people don’t have a conscience; we don’t think. Had it been they acted on an emergency and tried to save that guy that day, maybe that boy would have been alive.

“I was watching on Instagram when they brought that boy, there was no reaction to saving that boy’s life until he died.

“I’m with the people that said they should sue that hospital, it’s high time we start correcting the wrong our people are doing.

“I really did not know the young man that died, I saw it today, and it was painful when I saw the video and the reaction of the nurses, there was no sign of emergency.”

The music star further added that the government should not be blamed for everything as there are a lot of things we need to clear up, which would lead to the shutting down of many hospitals.