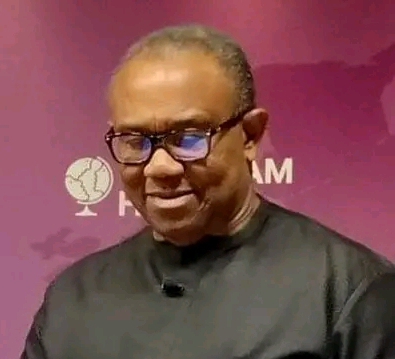 Chief Executive Officer, Mobility and Appliances Research and Development Centre, MAARDEC, Mr. Cosmas Okoli, has raised the alarm over the threat to his life by a politician in Lagos State, for campaigning in favour of the Presidential candidate of the Labour Party, Mr. Peter Obi.

He has, therefore, appealed to the Inspector General Of Police to intervene by investigating the matter to avert tragedy.

In the petition to the IGP, the businessman traced the genesis of his ordeal too when he made a campaign post for members of the public to vote for Peter Obi as the next President of Nigeria, in the forthcoming general election.

He said no sooner had the post gone viral that he received a message from a popular politician (names withheld) threatening to eliminate him and members of his family.

Okoli in the petition by his lawyers, Nbanefo Ikwegbue and Daniel Onwe, said: “Our client gathered from the grapevine, that there is an underground plan to kill him and grievously harm anyone, particularly those from the same ethnic extraction, who resides in Lagos, who do not support the presidential candidate of the ruling party. This is a very unfortunate and troubling development.

“Section 42 of the cons, situation provide des Th provides should be discriminated against, killed, or harmed on account of his political opinion.

“Section 39 of the constitution, gives every citizen the freedom to express his/her opinion, including political opinion. We are bringing this complaint to your attention so that you can use your good office to take proactive action to investigate the threat and nip in the bud any plot to kill or maim our client and any other person that may knowingly or unknowingly be in a similar danger as we approach 2023 general electionon.”