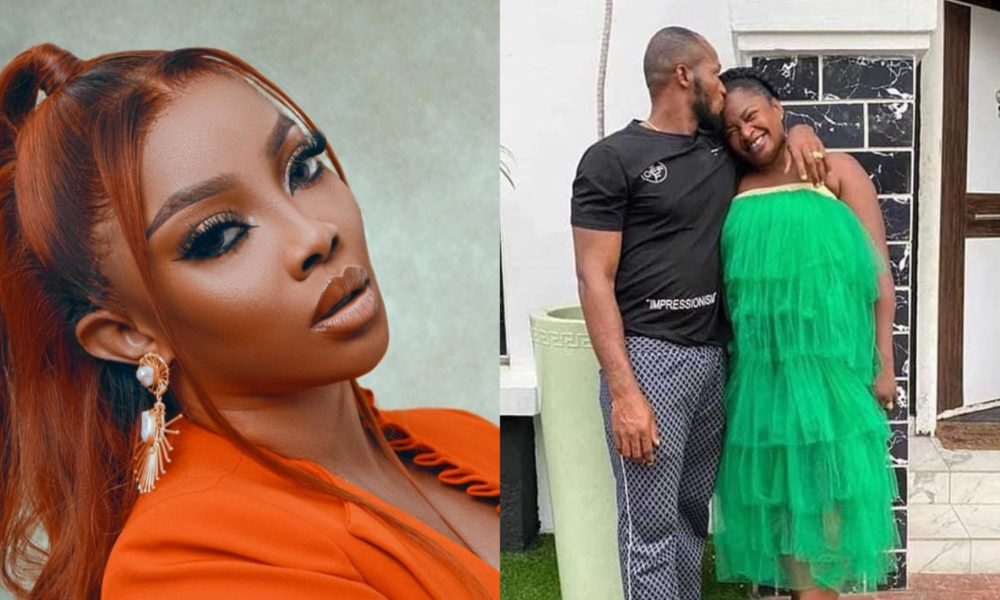 Media personality, Toke Makinwa has blamed religion for the increased rate of domestic violent deaths amongst women in the country.

Naija News reports that Makinwas stated this on Saturday following the demise of Bimbo Ogbonna, the wife of popular businessman, Ikechukwu Ogbonna, also known as IVD.

The couple made headlines earlier this week when Bimbo and her husband got into a scuffle and she reportedly set herself ablaze in the process at their home in Lekki, Lagos.

She was rushed to the hospital where she was pronounced dead on Saturday morning.

Reacting to the development, Makinwa in a lengthy post via her Twitter page, called out the church who nudge women to endure domestic violence as ‘God hates divorce’. She further highlighted how the society with its needless comparism and mockery pushes victims who are seeking ways to escape abuse are silenced and scared. Makinwa added that the Nigerian culture which attaches so much validation to status quo, makes the pressure to get married, stay married, have kids very high. She also wondered why there’s pressure on woman to marry and stay married no matter the circumstances, warning any woman going through domestic violence to flee before she meets her untimely death.

She wrote: “Stop arguing with stupid people on Twitter, they make you look even more stupid. Mark their handles, share with your sane community and avoid them at all cost. No use trying to educate certain individuals, they read not to understand but to respond and it is pointless.

“Society – do this, do that, see your mates, at your age, and the list is endless. Same society now that someone has died, leaving 4 kids behind is saying why didn’t she leave? Leave to live… Like If she left she still won’t be shamed for being divorced. Pls let’s do better.

“Religion is also a big problem. Many people are told that “God hates divorce”, many people are made to feel bad like they have failed God, this issue is deeper than we even understand. Is God happy when someone ensures abuse and dies? We need to do better.

“May God not let us meet, befriend, marry and eventually die by the hands of our enemies we confuse as lovers. Love is not enough to save some situations, leave so that you both can get the help u need, focus on co-parenting and be alive to celebrate milestones for your children.

“I blame the foolish culture that attaches so much validation to status quo, the pressure to get married, stay married, have kids, it’s too much. Half the people who want to leave are afraid and that fear is not real. Is it not better these couples separate and are still with us?”