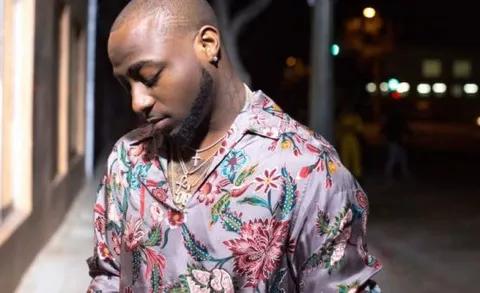 SAMA26: Davido Wins “Rest Of Africa” Award For his Album, “A Good Time”

The Nigerian superstar was announced as the winner of the “Rest of Africa” category for his album, A Good Time, at the just-concluded South Africa Music Awards.

Davido has been lying low ever since rumours surfaced that his relationship with Chioma Avril Rowland was rocked following claims that he welcomed a son with a London-based makeup artist.

Whatever be the case, the singer continues to stay away from social media.