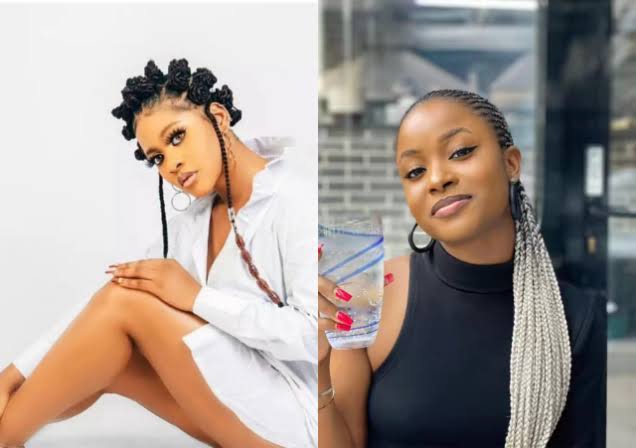 Naija News recalls that while in the house, the duo were antagonistic towards each other and got into verbal altercations. Bella often joined forces with Sheggz to attack Phyna whenever he clashed with her and Sheggz also did the same for Bella. However, the relationship between the ladies suddenly became better after they left the house. The Reality TV stars have being spotted together on several occasions and are often by each other side during events. Netizens have being curious over the healthy relationship between the ladies. Speaking in a short interview with YouTuber, Olufemi Daniel, when asked what inspired their friendship despite their clashes in the house, Phyna noted that ‘it just happened’. She described herself as a free and accommodating person who can be friends with anyone. According to her, once the individual reciprocates her positive energy, they are good to go.

Veteran Nollywood actress, Stella Damasus has opened up on her failed marriage with ex-husband, Daniel Ademinokan. Naija News recalls that the actress second marriage to Daniel Ademinokan hit the rocks in 2020. Daniel had abandoned his legally married wife, Doris Simon and took with him their only child to the United States to live with Stella. Speaking up about the marriage, Stella via a video shared on her Instagram advised young people to not ignore red flags during courtship. Using her marriage to ex-husband, Daniel as a case study, the actress said that because they shared some similar characteristics, she thought he was the best fit for her but was wrong. She further admonished young people to not rush into marriage, encouraging they take their time in searching for life partners. Stella said: “Darlings, I have had experience with dreams and visions, that I choose how i want to interpret to suit what i want. I thought this person was my soulmate, i thought this person wanted the same thing. We are both intelligent and do the same. But last last, everyone will chop breakfast. So when you see those red flags run, do not ignore.  Don’t rush into a marriage. Take your time to know and understand each other very well, and PLEASE don’t ignore the RED FLAGS!”