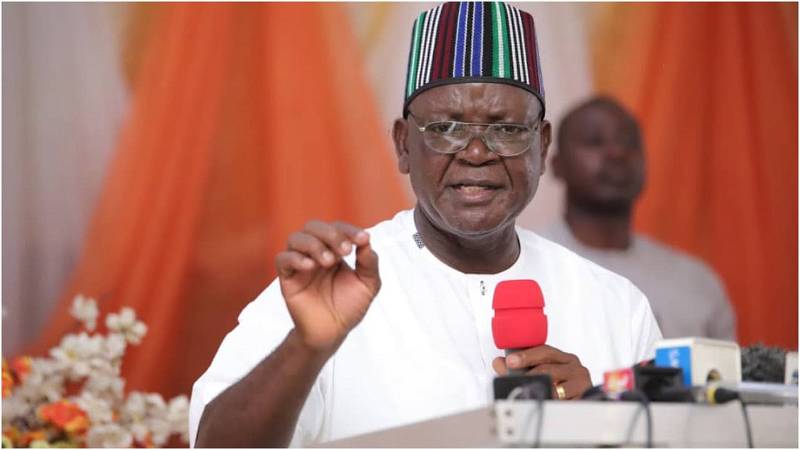 As the rate of insecurity surges unabated in certain states in Nigeria, the federal government of Nigeria has been on its toes in combating the ugly scenarios bedeviling the country at large, while making constant pledges to bring the long-lasting problem to an end.

However, the case of Benue state appears to be unique and draws deliberate attention following the unwarranted series of massacres in the various communities and local government areas of the state.

The lingering instability in Benue, the North Central part of Nigeria has over and again become worrisome to the right-thinking population of Nigerians. Although the indefatigable Governor of Benue State, His Excellency Samuel Ortom has stood in the security gaps in the state when he launched a security outfit that would combat and contain the issues of Fulani–Farmers’ crises in Benue.

Nonetheless, the recent outbursts of Gov. Ortom while hosting his colleagues from Rivers, Oyo, Abia, and Enugu States to dinner in Makurdi, said: “You want me to be a slave for a Fulani. I should die. My people are being killed and you want me to be quiet. I will never support a Fulani man becoming president. If there is another person who is ready to work with me and ensure the security of my people, I will work with him.”

The utterances of Ortom have attracted mixed reactions from all and sundry who have joined forces in speaking for or against the position of the governor, who has been described as a radical governor in the recent times in the past years of surging cases of insecurity in the country.

Consequently, the Northern Elders Forum, NEF, has described as ‘diversionary’ the recent comments of Governor Samuel Ortom of Benue State that he never support a Fulani man to become president of Nigeria again.

NEF, in a statement on Wednesday, by its Director, Publicity, and Advocacy, Dr. Hakeem Baba-Ahmed, said “We, like other Nigerians, watched the video in which Governor of Benue State, Samuel Ortom speaks in a manner and language unbecoming of a leader, at a time when standards of responsibility and decorum should be at their highest levels.

“He was addressing citizens on the recent killing of villagers which he attributes to Fulani herders.

“Even while making allowances for the established patterns of rhetorics and practice of Governor Ortom on inter-communal relations, this latest outburst should be condemned most emphatically.

“It does neither justice to the condemnable killings in Benue State, nor the standing of the Governor before his people.

“The context of a politicized environment does not excuse this latest demeaning outing of Governor Ortom. On the contrary, it diverts attention from the latest tragedy that has befallen citizens and families in Benue State.

“Northern Elders Forum has consistently condemned the state of siege and insecurity under which Nigerians have lived in the last few years. In the North, in particular, rogue Fulani elements have stood out as killers, bandits, and kidnappers.

“The Forum will continue to demand that those who are asking for our votes in 2023 will show in clear and specific terms how they plan to re-secure all Nigerians. They must also demonstrate how they intend to address damaging profiling and deliberate exploitation of passions eminently demonstrated by Governor Ortom.

“The Forum demands that leaders and politicians de-politicize the scourge of insecurity under which we all live. It further demands that killers of villagers in Benue State, and other citizens in other villages in many parts of the North must be traced and prosecuted.

“Governor Ortom should live up to his oath and his commitment to his mandate to live as a responsible leader of his people.

“He should avoid the temptation to play to a gallery which, like all Nigerians, is desperate for relief and an end to the killings which pitch them against each other and leads them towards unending conflicts.”

To this effect, Ortom while responding to questions from Journalists in Bauchi on Wednesday, during a meeting by the ‘G-5 Integrity Group’ that visited Governor Bala Mohammed of Bauchi State, said “I want to say that was not what I meant when I was captured saying that. But all the same, I know that it would amount to logical fantasy if people have taken it the way I did but I want to say to those who are so offended by my remarks, I am very sorry. I didn’t mean that.”

Recall that the presidential candidate of the Peoples Democratic Party (PDP), Alhaji Atiku Abubakar, earlier asked his fellow Northerners to vote for him in the 2023 general elections, rather than a Yoruba or Igbo candidate because he was a Pan-Nigerian with a northern extraction that had built bridges across the country.

Despite severe reactions and criticisms from the Southerners and Igbo populace, it’s on record that the former Vice President is yet to publicly tender apologies for the comments perceived by many to be derogatory and against the national unity of the country.

As the polity hits ahead of the 2023 general polls, many think that Gov. Samuel Ortom of Benue State has spoken with sincerity and love for the people and Nigerians in the diaspora who bear the interests of the people at heart.

On the other hand, some Nigerians have called on Ortom to desist from joining issues with horses as he has claimed to have gotten the wherewithal to protect his state as the number one chief security officer.

Although, Gov. Samuel Ortom has tendered apologies, would the people now allow the sleeping dog to lie about the spate of insecurity in Benue State? What have other governors told their people about the ubiquitous insecurity in the country?

What is the moral justification for seeking apologies from Governor Ortom that he now deserves crucifixion over his views on the present predicament in Benue state?