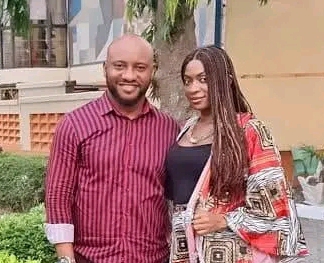 Nollywood actor, Yul Edochie has publicly apologized to his first wife, May Edochie, for impregnating his colleague and marrying her as a second wife.

Recall that since Yul’s marriage to his colleague, Judy Austin Muoghalu, was announced, May has made it clear several times that she will not be forced into a polygamous union.

Consequently, Yul has now taken to Instagram to beg for her forgiveness.

He, however, admitted that he hurt her, but begged her to remember the 99 things he did right and forgive the one thing he did wrong.